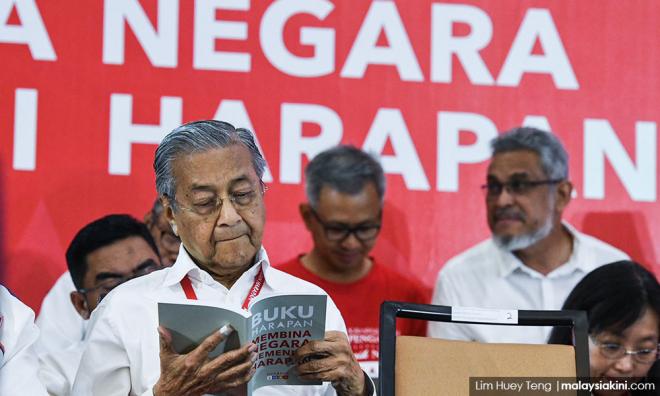 Let's cut the nonsense: Just look at the Harapan manifesto

Let’s cut another crap; it does not matter what the constitution or the lawyers say about the appointment of heads of agencies. We should look at the Pakatan Harapan manifesto and the sentiments of people when they elected the Harapan government.

Did we not elect the new government because we were unhappy with the way the previous prime minister operated? Did we not condemn the cabinet of the old government for being helpless, if not complicit, in checking the wayward way of the prime minister?

Have we not realised that it was exactly this kind of mentality and practices that have led to the downfall of the previous government?

I know the people may not have much of a choice now. We elected the new government with high expectations that good governance and fair play will prevail. But in the process, we have annihilated strong opposition personalities able to play the role of keeping the government in check.

We have expected Dr Mahathir Mohamad to play the statesmanship role in his second tenure as prime minister.

As a layperson, I see very little of this. Instead, I see endless intrigues, orchestration, machination and power play as if he wants to remain in power for the next 20 years.