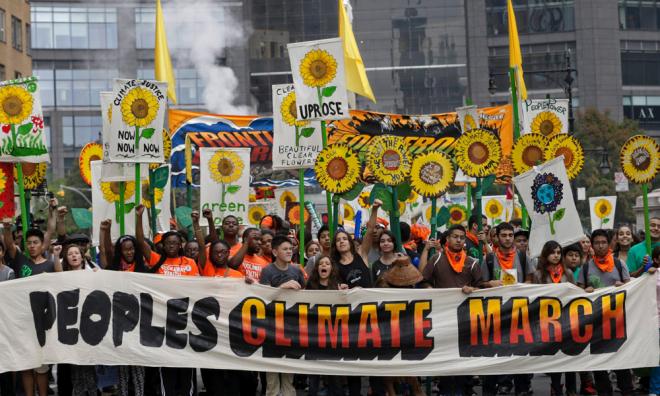 LETTER | The Special Report on Global Warming of 1.5°C (SR1.5) was published by the Intergovernmental Panel on Climate Change (IPCC) merely seven months ago. Yet, negotiating parties at the SB 50 Bonn Intersessional are bracing themselves to bid aux wiedersehen to scientific evidence, as reported by Climate Tracker.

Informal consultations under the UN Framework Convention on Climate Change (UNFCCC) Subsidiary Bodies of Science and Technological Advice (SBSTA), co-facilitated by Annela Anger-Kraavi (Estonia) and Ladislaus Chag’a (Tanzania) on the June 18 took a worrying turn as one party argued against discussing the report further.

The SBSTA was supposed to revive the discussion on the IPCC SR1.5 Report at the SB50 Bonn Intersessional after a postponement from COP24 Katowice. "Agenda Item 6: Matters relating to science and review" was clearly outlined in the chair’s reflection notes for SBSTA 50 in that COP24 requested SBSTA to “consider” IPCC SR1.5 to strengthen the scientific knowledge underpinning the 1.5°C goal, taking into account the context of preparation of IPCC Assessment Report 6 (AR6) and the implementation of the Paris Agreement.

The Malaysian Youth Delegation (MYD) is deeply concerned with the outcome of the informal consultation. Under the Paris Agreement, the parties have agreed to keep global temperature increase to well below 2°C from pre-industrial levels, with a target of limiting warming to 1.5°C. The current pledges made by parties under their Nationally Determined Contributions (NDC) are not enough to achieve the 1.5°C target, but rather normalises business-as-usual CO2 emissions that will lead to a 3-4°C increase by 2100. Present emission levels already exceed Earth’s ecological thresholds, and we are already at risk of crossing Earth’s tipping point, beyond which we risk both irreversible change to the climate system and irreparable damage to human society.

The IPCC is recognised as the most important source of scientific, technical and socioeconomic information on climate change for UNFCCC. It plays an integral role in preparing reports of published scientific information on climate change and communicating these reports to the Convention. Ultimately, the IPCC’s role is highly significant for UNFCCC and SBSTA to fulfil their respective mandates.

The consultative review process of the IPCC, which only reviews state-of-the-art research on climate change like global atmospheric models and projections on climate change implications, make it an invaluable tool for policymakers to devise appropriate mitigation and adaptation plans. Furthermore, the science of climate change is conservative and often under-predicts the effects of climate change. In fact, permafrost and Greenland's ice sheets are melting at higher rates than predicted.

Therefore, policymakers and governments ignore the science of climate change at their own peril. Rejecting the role of science in addressing climate change is akin to sleepwalking into a catastrophe. This is the clearest indication that we are living in a post-truth era where perpetuating the status quo is more important than preserving a living planet for future generations to come.

The discourse on climate science began in the 1980s. However, oil giants funded the erasure of science and promoted oil and gas in the name of development to distract from negative climate change effects. We are four decades on, but progress is still lacking. By dismissing the latest scientific findings in SR1.5, we are regressing on all the scientific development that has been accomplished to date.

The youths' frustration on government officials' lack of resolve in addressing climate change has culminated in the Global School Strike movement. We stand firm that leaders cannot ignore inter-generational equity at the expense of future generations unless nihilism is the philosophy they subscribe to.

Therefore, as youths, we strongly urge parties to take the report seriously and prevent history from repeating itself - losing future decades that could have been spent on adaptation to the new normal of climate change is not an option. We have already started to experience the effects of climate change in the form of freak floods, crippling heat waves, water outages and abnormally cold weather. The IPCC report is significant in identifying the gaps and needs of climate change mitigation. We need the parties to be guided by IPCC reports in order to adopt the most effective adaptation measures as Earth’s climate enters uncharted territory.

The failure to acknowledge scientific evidence signals the lack of commitment of the parties to their citizens and the planet. Fossil fuels created the modern world and the interconnected global economic system upon which our civilisation is built, but it has also brought pollution, environmental degradation and conflict. The facts are apparent and appalling. We demand the parties to prioritise achieving the SB50 agenda items rather than wasting time by dragging on with the negotiations that only focus on protecting oil, gas, and coal profits. The science is clear - continuous fossil fuel extraction will exceed the carbon budget under the 1.5°C warming scenario. Policy-makers should not stake the future of life on Earth for the interests of one industry.

To deny the IPCC is to deny the Paris Agreement. We are in need of higher evidence-based ambitions for the NDCs. Governments can use the lack of consideration of the IPCC report to justify ignorance and lack of action regarding climate change. We strongly defend the importance of the IPCC in the climate negotiations as we believe that it holds great value in building ambition and guiding the negotiation’s outcome.

The Malaysian Youth Delegation is a civil society organisation consisting of young Malaysians who represent the local youth climate movement at international climate conference while being trained to translate technical policies into more relevant and relatable information for the public.