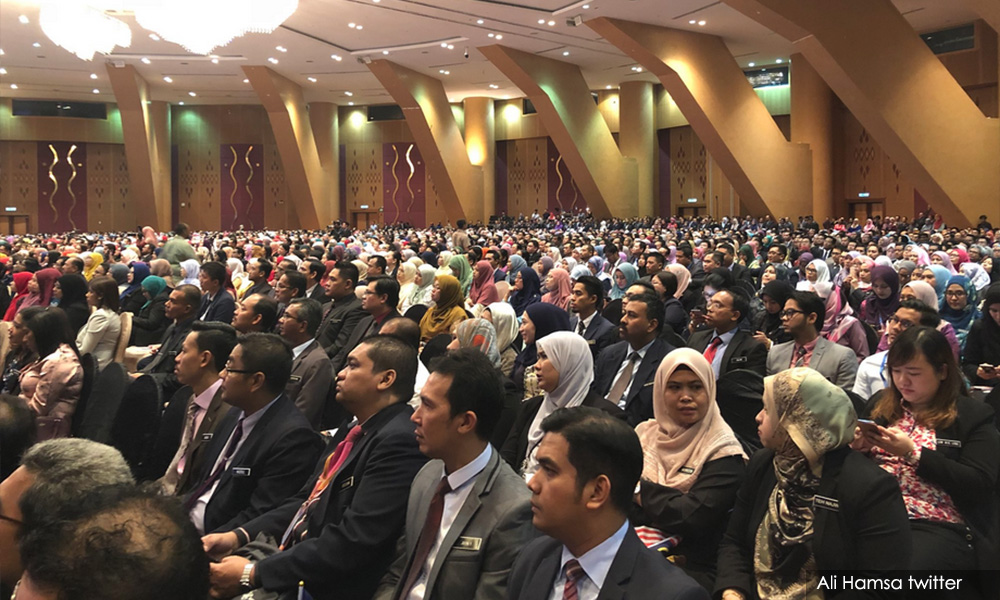 Is our civil service really on par?

LETTER | I refer to the World Bank report which claimed that the performance of Malaysian public service has stagnated, if not deteriorated, over time. In response to that, Deputy Prime Minister Dr Wan Azizah Wan Ismail defended the civil service, saying that the World Bank report has unfairly included the uniformed staff in the head count.

Except for the military, I was thinking since when are the uniformed staff not part of the civil service. Are our police, immigration, Road Transport Department, MACC, and enforcement officers with colorful uniforms of various agencies and local authorities not part of civil service?

Not only that, have we included a large number of consultants and civil service functions that have been out-sourced? If we include all this, the civil service could be even more inefficient than we thought.

I believe the debate over the size and efficiency of the civil service has been going for a long time. So far, there have always been accusations and counter-accusations, depending on which side one is on. At the end of the day, no one is wiser.

I think no amount of World Bank reports and numerous other studies, as well as complaints from the public, will spur the civil service to better performance unless the initiative comes from the civil service and its political masters. There must be a genuine desire on the part of the government to do better.

No members of the public would dare or want to complain against a department or agency they are dealing with unless they have run out of options. We all know most official complaints are often met with the most unpleasant repercussions from the department or agency concerned.

As I see it, the Malaysian public service is now caught in its own inertia of sluggishness, self-importance, inefficiency and corruption. To provide better service to the people, the initiative must come from within the government to evaluate and monitor its own actions rather than to wait for complaints from the public or feedbacks from the World Bank.

I appreciate the need for the civil service to regulate and control, but unfortunately, regulations and controls have frequently become another layer of hinderance rather than meeting their original intent.

It is not difficult to fathom whether the civil service is up to the mark or not. The civil service and its political masters should themselves go through the processes faced by people each time they deal with a government department or agency. They ought to put themselves in the shoes of the people if they really want to understand how efficient or inefficient they have been.

Why ask the people when the civil service and its political masters ought to know how much time the people are made to wait for an approval to renovate a building by a local authority without undercounter payment?

I think sometimes we are just pretending. We come up with all kinds of regulations and controls, but the purpose was really not for the public good. Take pollution control as an example. We have multiple agencies dealing with this and I am quite sure all the factory owners have to deal with each of them. But then contamination and pollution have continued to happen - much to our chagrin.

Let’s take another example, the bacteria contamination in bottled drinking water discovered by the Singapore authorities. I am quite sure our bottlers must comply with all the regulations including hygiene standards as mandated by our authorities. But where is the effectiveness?

Our regulators are supposed to monitor and supervise, but somehow compliance is something else.

I have said it many times earlier. It is time to regulate the regulators. If pollution goes on undetected, the departments concerned must take responsibility. Same with bacteria in bottled drinking water, the departments responsible for this must be asked to account.

The civil service, particularly enforcement agencies, can’t have the best of both worlds. They can’t go around hassling businessmen for compliance of rules and regulations but, at the same time, are not responsible for the fiasco arising from non-compliance.

If we keep saying our civil service is good, then the political masters must explain to the people why mishaps from pollution, stealing of timber, illegal land development, landslides, food poisoning, counterfeit alcohol and medicine to unexplained deaths continue to happen unabated.