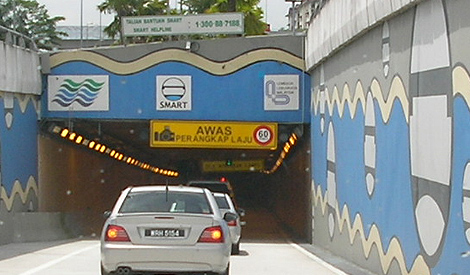 Consultant is wrong on need for traffic impact assessments

LETTER | In reference to the comments by traffic consultant Goh Bok Yen on the need for a traffic impact assessment (TIA) study for the proposed takeover of four toll highways, I wish to state, with all due respect, that he is missing the point of the takeover by the government.

Goh was reported by Free Malaysia Today as calling on the government to publish the TIA study as media reports had only been about the financial model of the takeover and the savings road users can enjoy.

TIA is a very useful and necessary exercise when building a new highway, or realigning interchanges on existing highways or when major developments are being proposed.

However, this is not the case in the takeover of the four highways that is ongoing, namely Lebuhraya Damansara Puchong (LDP), Sistem Penyuraian Trafik KL Barat (Sprint), Lebuhraya Shah Alam (Kesas) dan Terowong Smart (Smart).

The highways have long been built, and the existing owners have been raking in comfortable profits thus far, much to the frustration of ordinary road users.

The takeover will assist in lowering cost for both road users and the government. It is a financial exercise, not a technical/traffic exercise. The move will save road users when they will only pay the current rate during peak hours and enjoy lower rates during off-peak hours.

On top of that, highway users here would have to pay between 25 and 66 percent more in tolls if the Finance Ministry does not buy out the four concessionaires in the Greater Klang Valley, as rates are set to rise in the concession agreements. LDP rates will increase from RM2.10 to RM3.10.

On the government’s end of things, RM5.3 billion will be saved. This is the amount that would have had to be paid to the concessionaires should the toll rates be maintained as the current levels till the contracts mature.

In the end, this exercise undertaken by the federal government is one of financial restructuring, not traffic re-engineering.

RAJIV RISHYAKARAN is the state assemblyperson for Bukit Gasing and board member of Sustainable Energy Development Authority (Seda).