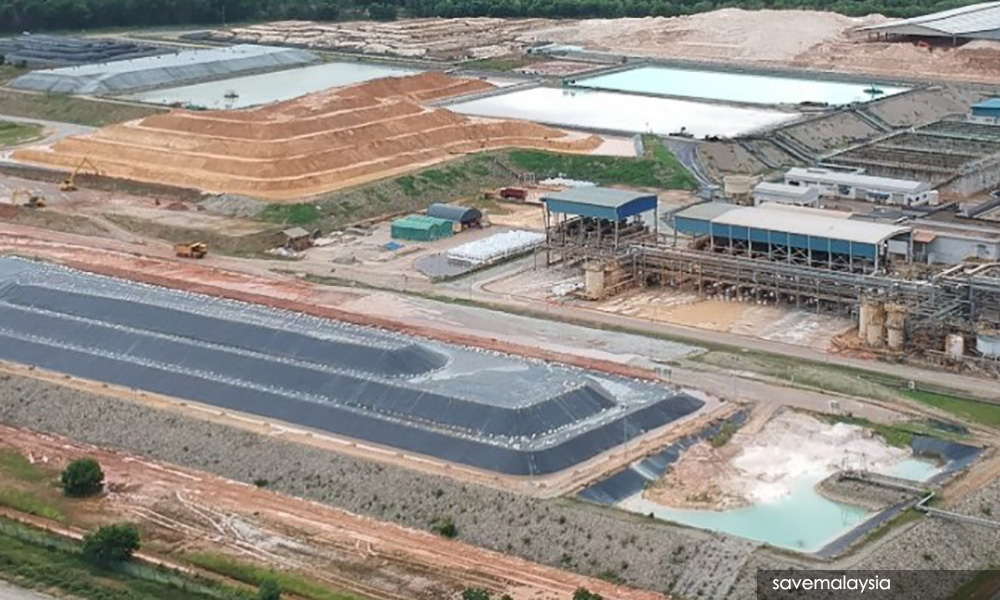 Sustainability - who owns the yardstick?

LETTER | Wong Tack is back again on his high horse, now taking aim at Water, Land and Natural Resources Minister Dr Xavier Jayakumar and his ministry’s officials for advocating sustainable mining. It seems the good member of Parliament from Bentong is suspicious of the term sustainability itself, especially when linked to mining activities, calling it an attempt to mislead the public.

The question I would like to ask is, where would we be without mining? Our everyday lives are filled with products of mining. Aluminium casing, silicone wafers made from sand mining, copper wires and gold filaments make up our cell phones. Cement and iron rebar make up our houses. Even the dream of environmentalists, solar panels, wind turbines, electric vehicles and battery storage all need special metal mining from indium to neodymium to lithium.

Suddenly, Wong’s allergies towards being wrong about Lynas have caused him to strike off any mining as sustainable. In reality, there are many ways to make mining sustainable. Efficient leaching equipment lower losses from metal mining, reducing the need to process a large volume of ores and reducing the size of the mine. Controlling emissions through scrubbing waste gases and recycling used water reduces the environmental impact whilst also sapping lesser natural resources. Proper heat integration lowers the need for heating equipment burning diesel or natural gas, leading to a better environment and lowers health impacts to human beings. This is just focusing on the environmental aspect whereas sustainability covers environmental impacts, economic performance and social impacts.

Wong casts his suspicion on Jayakumar’s claim that the rare earths industry is worth RM100 billion over a 10-year period. This amount came from Entrepreneur Development Minister Redzuan Yusof who claims he has been approached by investors already who will invest once rare earths are regulated in the country. Whilst this is hearsay, it is not surprising. The global demand for products utilising rare-earth metals is growing, including electric vehicles, wind turbines and electronics for praseodymium-neodymium alone. Bringing all of those industries to Malaysia will definitely have a large associated investment.

What is especially disturbing, however, is Wong’s blatant use of the deaths of 15 Orang Asli brethren from the Batek tribe in Kuala Koh to prove his point. His claims of new evidence pointing to an illegal manganese mine suddenly are kosher to state without any proof. However, if we accept that there is an illegal mine involved, it clearly would not fall under the definition of sustainable mining. Whilst I can appreciate Wong’s advice on improving enforcement, tightening loopholes in our laws and rehabilitating old mining sites, and for once support it, this doesn’t mean we need to stop thinking about rare-earth mining.

For example, there are also many illegal plastic recycling facilities, that doesn’t mean we should stop thinking about new recycling. Nor should we stop thinking about chemical industries simply because of some irresponsible factories do not follow regulations. If we stop all activities due to there being some parties operating illegally, we would get absolutely nothing done. We should increase enforcement and tighten regulation but concurrently with expanding potential industries, especially rare-earths.

Wong tries to wax philosophical about resource management, blind to the very real role rare-earths play in that endeavour as mentioned above, and even states we might face an international boycott as a result of destroying the environment. Yet he doesn’t call an international boycott of the largest rare-earth producer in the world, China. I wonder why. At the end Wong tries stated Lynas has massive radioactive waste which will be a health hazard (it won’t), will cause a financial burden (hard to see when one can just ask Lynas to build a Permanent Disposal Facility) and conflates Lynas with Asia Rare Earths (when it has long been established that there are massive differences between the two).

He concludes that irresponsible leaders who cause harm to the environment and well-being of the people will be punished in the next election. I wonder if irresponsible, near-sighted leaders like Wong who doesn’t understand rare-earths or does understand but is misleading the people for political gain will get thrown out as well. Alas, their voices ring the loudest and one worries that it might last the longest. In any case, I hope that these eminent environmentalists will come to their senses soon. We have a world to win and the environment to save.

The writer is chief coordinator at Liberasi, a student platform for revisionism, freedom and responsibility.