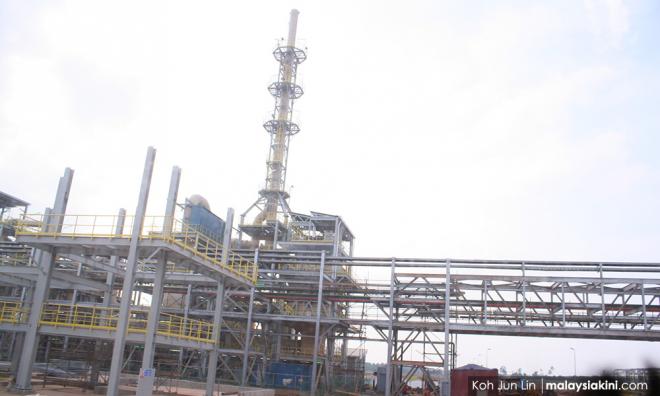 Australian rare earth producer Lynas Corp Ltd said on Monday it is on track to have its Malaysian operating licence renewed, as it flagged soft demand from China amid a slip in quarterly sales revenue.

Lynas is in dispute with Malaysia over the removal of low-level radioactive waste produced by its processing plant in the country, but said last week it was confident of resolving issues around its licence before a Sept 2 deadline.

"The earliest we have ever had formal renewal of our licence was a couple of weeks before the renewal date," chief executive Amanda Lacaze (photo) told an analyst briefing on Monday.

"It's not unusual ... We continue to engage very productively across a number of different areas across Malaysia," she added.

Lynas, the largest rare earths producer in the world outside China, noted in its quarterly report that Deputy Energy, Science, Technology, Environment and Climate Change Minister Isnaraissah Munirah Majilis had told Parliament conditions for the renewal would be decided by Cabinet and announced mid-August.

Sales revenue for the June quarter fell 4.6 percent to A$87.5 million (RM249 million), lower than the A$91.7 million (RM261 million) it earned for the same period last year, the company said.

Shares in Lynas were down by 3.2 percent at A$2.58 today. Sales were hit by a lower average selling price for NdPr, which is used to make permanent magnets for electric vehicles and wind turbines.

"Demand in China is soft. The automotive market there is not growing, which is a big (demand) driver. There's a real concern there about the effect of the trade war," Lacaze said.

"Demand in our key outside-China customers is very strong and continues to grow," she added.

Quarterly production of NdPr reached 1,505 tonnes, compared with 1,447 tonnes a year ago.

The decision to limit sales led to a small inventory build, Lynas said, which it has reserved for strategic customers. End of quarter inventory of NdPr products was 323 tonnes.

An open letter from Lynas to Malaysians
28 Jul 2019
Lynas does not consider the environment and health of Malaysians
25 Jul 2019
Don't mislead public by talking about 'sustainable' rare earth mining
23 Jul 2019
Lynas claims protest not based on facts, asks why they're targeted
22 Jul 2019