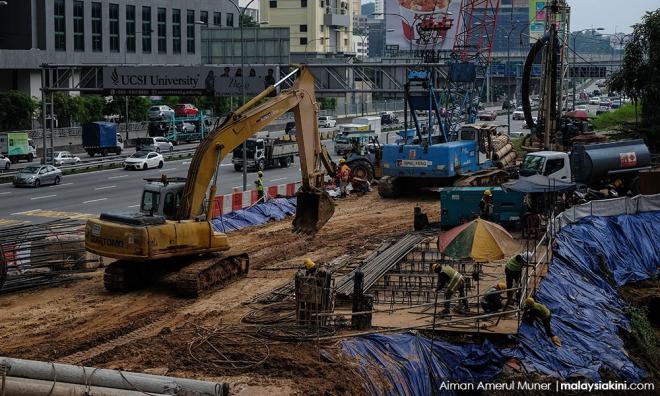 Malaysia's migrant nightmare in the making

Official statistics may put that figure as four million documented workers but it could be far more than that if you take into account the illegal migrant population in the country. There are also the high inflow of foreigners capitalising on our three months' visa policy.

The stigma of not wanting to take up low paying 3D jobs has given rise for the need of foreign workers by the millions from neighbouring countries. We are not just talking about migrant plantation workers. Employment such as shopkeeping to drainage and irrigation jobs are mostly made up of foreign workers from Bangladesh, Nepal, and Pakistan.

If these foreigners decide to do a strike of sorts, the economy may paralyse. No fish in the markets, no vegetables to buy, petrol pumps will come to a standstill with no one to operate the cash registers, and palm oil fruits left to rot by the tens of thousands of tonnes, among some scenarios.

What if these migrants become the shadow masters of some NGOs or even a political party? Who can assure us that this crisis is far too imaginary and will never happen?

With the thousands taking on the IT/telco markets and operatives - from Telekom's to Plaza Low Yat - what if the migrant protest pulls the plug on our cyber connectivity?

In our greedy, grabbing culture to get rich fast through cheap, exploited migrant workforce we are leading the country through a perilous, uncertain and high-risk pathway into the future.

I hope the new government can debunk these thoughts and potential scenarios as foolish and impossible.