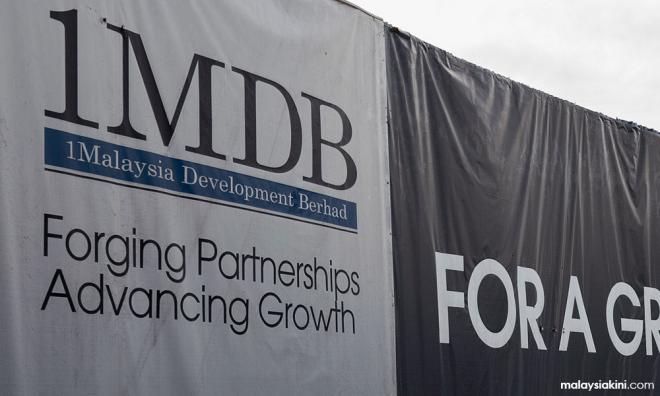 LETTER | The Retired Senior Police Officers' Association Of Malaysia (Respa) have every understandable reason in being vociferous in their rejection with anything to do with Chin Peng. He was the nation's number one enemy for the better part of their tour of duty.

Many who gathered to voice their opinion on the matter got a bit carried away with history too. Maybe it was old age or gaps in their memories that led to the statement that the British were not colonialists but instead, were invited over to administer Malaya. I thought that this was a joke in bad taste.

The British, like all invaders, committed atrocities during their colonisation of Malaya. Our economy was used to support their interests until independence was obtained in 1957.

We have moved on as a nation and all our colonial masters in the past are now our friends on a global stage. A whole new generation has sprung up and by choice, not keen on the polemics of the past. They are mostly focussed on looking for economic opportunities to improve their quality of life coupled with the craze and hunger for the latest infotech.

Materialism and luxury is the new fad. The challenges of the young mind today is completely different from the previous generation that faced war and the deprivation of basic needs. Communism may have been attractive those days in that environment, but it is no longer an ideology that appeals to the young minds of today.

The fact remains that the doctrines of communism that made Chin Peng and his men, who they were, are still very much alive today. However, they are no longer perceived as a threat as both the Russians and Chinese communist paradigms are coexisting with us on an international platform in all aspects of socioeconomics and politics.

Our leaders maintain cordial and commercial relationships with them and constantly look to them for economic cooperation and trade, complemented with matters within their expertise. Putrajaya also does not seem to have any reservations in its relationship with the present communist countries.

Based on this, I really don't think we have cause to be worried about communism as the global platform of business and diplomacy have advanced beyond the ideology.

Even the Japanese (whom Chin Peng fought against as a freedom fighter for British Malaya), committed unimaginable atrocities against us during their occupation here. They are now more than close friends on the international platform and constantly used as a reference for attitude and work ethics. All have been forgiven in the pursuit of contemporary socio-economics.

Chin Peng, however, has not crossed this threshold of forgiveness for some although the nation in its modern progression has in all probability adopted the phrase "All is fair in love and war".

I presume the pain of sacrifice during the war against communism was simply too great. There is empathy, understanding and thus, it is Respa's prerogative to feel as they do.

However, on the same platform of police honour is the awkward silence on the 1MDB scandal and former police Special Action Unit (UTK) officer Azilah Hadri's statutory declaration on the murder of Mongolian national Altantuya Shaariibuu.

During the height of the 1MDB scandal and the motiveless murder Altantuya Shaariibuu by two police personnel, there was silence. Police integrity and honour were greatly affected by these two cases. There should have been a strong condemnation, especially when the police went after the MACC in a quest and conspiracy to protect rogue executives.

Even now there is silence on the allegations that have surfaced from Azilah's SD. There should be a demand that the motive for Altantuya's murder is established. It is a silence that irks.

Although trite law does not lend much credence to these new allegations given the exhaustive end of due process, Azilah's SD still raises some questions on the motive for the murder.

Why has there been no outcry from our veteran custodians of the criminal system's investigative arm that the system failed to completely provide justice to both personnel? Why was it that no part of the criminal justice system pointed out the necessity for superiors of these two convicted police personnel to give evidence? They were our men in blue during their trial and no one said anything about the smoking gun.

It is humbly opined that Chin Peng's ashes are trivial in comparison to the damage done to the overall image of the police force in both the 1MDB scandal and the Altantuya murder.

The silence is deafening.