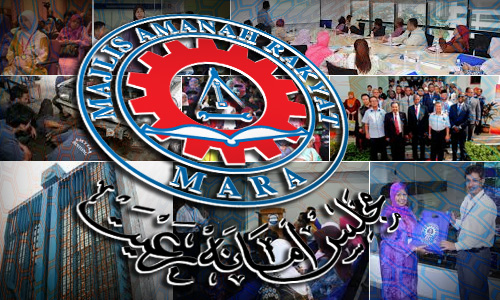 Mara - lost in the new millenium

LETTER | I have been following the media regarding the new MARA direction announced by the chairperson. Whilst there has been some robust debate, it was dominated by the older generation.

I notice that there is a lack of opinion from the youths. Not to say that we are taking the advice of our elders lightly, but for the generation that is going to inherit the issues and problems of our country, I believe we should be heard.

To recall the Mara debate, I echo the point made by others. People need to understand the essence of Mara. Clause 6. (1) of the Mara Act clearly states that it is the duty of Mara to promote, stimulate, facilitate and undertake economic and social development in Malaysia and more particularly in the rural areas thereof.

Has Mara done everything that it can and needs to do to ensure socio-economic development in Malaysia particularly for the bumiputera? I would argue that the answer is "no", especially for my generation.

From our perspective, we need our elders in the Mara Council to perform their full responsibility instead of shirking from them. They must leave this country better for my generation. They cannot allow us to continue struggling to find a job or to pay student loans, struggling day by day with the current economy due to the selfish decisions made by them, the generation before us. We are not lazy, we are not uneducated, we just lack opportunity.

The people leading Mara either do not understand the Mara Act, are totally incompetent or they have been remiss in not looking at the problems and issues of 50 percent of the demographic. The problem is that there is a lack of strong industries across the country for Generation Y to get good-paying jobs or business opportunities.

The problems facing Gen Y (and younger) are a myriad of different issues. A major issue for us is the growing number of unemployed. There is a disconnect between learned skill sets and employers’ expectations.

The model used by our predecessors exacerbated the classical education market, it drained the talent from their hometowns and it focused on the further building of oligopolies and monopolies amongst the GLCs, MNCs and privately owned/dynastic businesses that have dominated an extremely concentrated and centralised economy in the Klang Valley and Penang island.

The youth are filtered into the gig economy with no clear strategy and no security in sight. This lack of choice, or opportunity, curbs the arts and culture and paints a bleak view of how the youth see the vision of the country.

This snowballs to a massive issue of economic stagnancy. The FBM KLCI ended the decade by being the worst major stock market in the world. Precipitating a slowdown of domestic and foreign direct investments. The lack of affordable housing in the meantime plagues the youth, pushing them into being “adult-children” that stay within the walls of their parent’s homes.

According to the UN, an affordable home today is within the range of three times the annual household income. For an RM360,000 home, a household would need RM10,000 a month. Even the smallest of houses on the market is in this price range and only a small fraction of Gen Y gets this income monthly. All this creates a vicious cycle that propagates socio-economic problems further.

I am not sure whether the Mara Council even remembers that Mara used to build affordable housing for the bumiputera when they say that Mara should only focus on education. Mara had one of the most successful housing programmes that elevated many a bumiputera's socio-economic status. Mara used to sell houses for RM10,000 with a monthly repayment of RM80 during its early days. Its cheapest house was RM2,400 with a monthly repayment of RM16. Imagine Mara continuing people-oriented programmes such as this.

There is no doubt that Mara has been successful with education in the past and thus the perception that the Mara brand is synonymous with education.

To achieve this, Mara needs to use its full powers including in education, investment, entrepreneurship, land matters, trade, distribution and others.

My generation will be going into the job market or the business space with a significant handicap in terms of our network, capital and ecosystem if Mara refuses to build industries and create new economic opportunities.

Alternatively, Mara’s leaders, including the minister, could step up and do the right thing to create new growth opportunities to unleash the next generation of Malaysians.