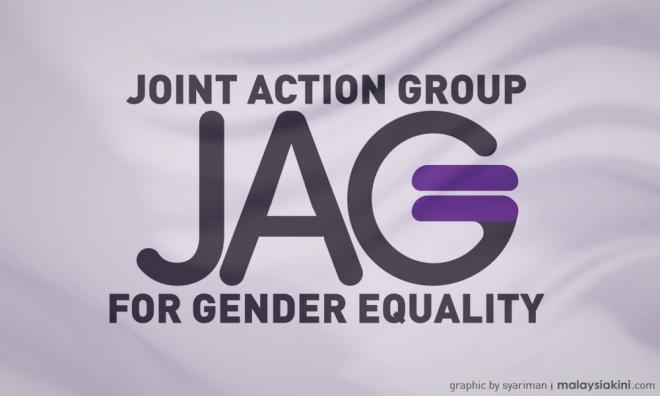 LETTER | The Joint Action Group for Gender Equality (JAG) echoes the outrage of public leaders and citizens against the recent complaints of sexual harassment by various women against policemen who stopped them at roadblocks.

We are disappointed that the minister for women, family and community development remained silent until she was pressured by opposition MPs to respond to the situation. We are completely dismayed that she turned her office into a studio for a photoshoot in which she modelled Raya fashion wear, which is an abuse of her position in public office.

We hope that the minister and policymakers will take these latest incidents as an urgent call-to-action to take sexual harassment seriously and address this issue through comprehensive legislation.

Dealing with abuses of power and ending impunity for sexual harassment

Regarding the roadblock sexual harassment incidents, the minister of women has urged parties “not to call into question the credibility of the entire institution of the Royal Malaysian Police (PDRM) who have sacrificed a lot in ensuring national security.”

However, it is important to note that the latest three cases of roadblock sexual harassment are part of a string of incidents of sexual violence against women and girls involving the police in under one year.

Last month, a 16-year-old girl was raped by another inmate while in police custody at a lockup in Miri. In April 2020, a police officer was charged for trafficking and sexually exploiting two Mongolian women, also stopped at a roadblock.

We are deeply concerned that such incidents indicate a pattern of abuse of power by the police. We would like to remind the minister and the Malaysian government that they have a duty to ensure that all public authorities and institutions act with integrity and in accordance with the law.

While we do not dispute the role of the police in maintaining national security, we believe that they as a public institution - along with all other public and private institutions and individual actors - must be held accountable for such violations.

It is imperative, particularly at this time when the police wield so much power in terms of regulating movement and ensuring compliance with measures to curb the spread of Covid-19, that the integrity and behaviour of their personnel are beyond reproach.

The recent complaints of sexual harassment must be investigated quickly. When charges are brought, they should be tried speedily and the outcomes made public. We note with dismay that the criminal trial of the police officer charged with sexually exploiting the two Mongolian women has been pending since April 2020.

JAG notes the minister’s announcement that the Sexual Harassment Bill will be ready by March and tabled in the next Dewan Rakyat session. However, given the proclamation of emergency and accompanying suspension of Parliament, as well as current political uncertainty, it is challenging to understand exactly how the government will see this long-delayed bill through.

Meanwhile, survivors of sexual harassment face an uphill struggle to access justice within the law, legal system, and society, in addition to suffering profound and lasting physical, psychological, and emotional impact.

Additionally, there is a need for an inexpensive and expedient recourse mechanism, as not all survivors can afford to bring civil suits against their perpetrators.

In the case of one of the Mongolian women who filed a civil suit against the police officer for false imprisonment and sexual assault, her case was struck out because she could not raise RM70,000 to deposit as security for costs. Many survivors of sexual harassment would face similar hurdles if a civil suit remains their only option for seeking redress and remedies.

While JAG is committed to the due process of the law, the rights of the survivor must be safeguarded. It takes tremendous courage for a survivor to come forward, more so when the harasser in question holds a position of power.

JAG calls upon PDRM to address this urgent situation by investigating these allegations immediately, bringing the officers responsible to account, and taking the necessary measures to ensure that this kind of harassment does not occur in the future.

JAG further calls upon the government to provide a clear timeline for the tabling of the Sexual Harassment Bill.

Last but not least, we call upon the minister of women, family and community development to live up to her role as the minister for the safety and wellbeing of women, children and families by taking sexual harassment seriously and speaking out unequivocally against it in any context.

The above is endorsed by the following JAG member organisations: