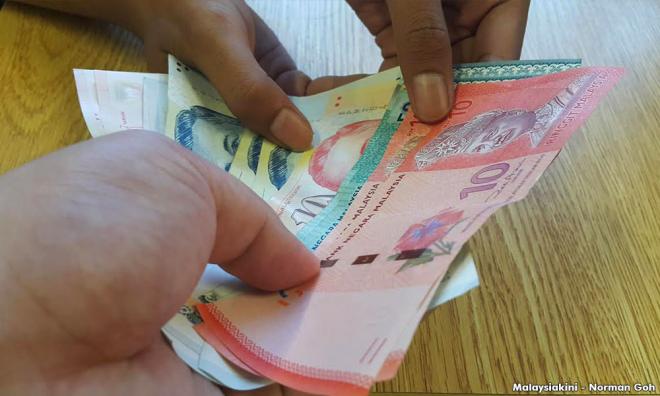 LETTER | Set up RCI to investigate outflow of illicit money

LETTER | Consumers Association of Penang (CAP) calls on the government to set up a Royal Commission of Inquiry (RCI) to investigate why our laws, institutions and authorities have failed to curb illicit money flows, identify their weaknesses, and make recommendations for eliminating the problem.

The busting of the Macau scam by the Johor police last month highlights the seriousness of illegal financial transactions and money laundering in Malaysia.

The money was laundered by investing in Bitcoins and purchasing properties. Since June last year, some RM25 million has been used to make progress payment for 100 condominium and commercial units in George Town.

The authorities must explain how the syndicate’s operations went undetected earlier despite the existing anti-money laundering infrastructure.

Tedy Teow Wooi Huat, who was previously convicted and fined for being involved in illegal financial transactions including money laundering, is alleged to be part of the syndicate running the Macau scam. He has a history of cheating the public by tempting them with high returns for their investments.

In 2016, CAP received complaints from consumers about cheating by Teow’s company MBI International Sdn Bhd. On investigation, we found that it was another get-rich-quick scam, among several in Penang, promoting pyramid and money-game schemes as investment with excellent returns.

We reported the matter to the authorities. But they failed to act promptly against the scammers, the reason given was the several authorities were involved and they needed more time. Only two years later, the perpetrators of the crimes were convicted and fined.

In the meantime, the public was being conned to part with their life’s savings in the hope of getting good returns. There must be something fundamentally wrong in our criminal justice system to allow people to be cheated without any quick effective action by the authorities to stop it.

Money laundering is a serious problem that affects the country’s resources for development. It is a fact that without funds any country will not be able to progress.

Some of the sources of the illicit money are trade misinvoicing, human trafficking, corruption, criminal syndicates, drugs, and smuggling. These criminal activities cannot be curbed except by crippling the flow of illicit money.

Illicit money is often deposited in tax havens like Singapore where there are strict banking secrecy laws on disclosure of the depositors’ identity.

A few years ago, the Panama Papers revealed that over 2,000 Malaysian citizens and companies had secret accounts in Panama, presumably to hide their ill-gotten gains.

In Pakistan, the then prime minister was prosecuted but in Malaysia, the authorities have not disclosed to the public the outcome of their investigation, if any.

In view of the seriousness of the situation where we are losing billions of ringgit needed for development through the outflow of illicit money, we repeat our call to the government to set up an RCI to investigate why our laws, institutions and authorities have failed to curb illegal money flows, identify the weaknesses, and to make recommendations for eliminating the problem.

MOHIDEEN ABDUL KADER is the president of Consumers Association of Penang.