EXCLUSIVE Malaysia saw a whopping RM150 billion (US$47 billion) in illicit money siphoned out of the country in 2009, making it the top four countries suffering the highest illicit capital flight.

This amount is in addition to the staggering loss of RM927 billion (US$291 billion) over a period of nine years - between 2000 and 2008 - says the latest report by Washington-based financial watchdog Global Financial Integrity (GFI).

In January, GFI sparked an uproar when its ground-breaking report , ‘Illicit Financial Flows from Developing Countries', ranked Malaysia at No 5 among the countries with massive outflow of illicit capital.

In an update to its earlier report - this time supplemented by figures from 2009 - GFI said Malaysia, which has suffered a cumulative lost of RM1,077 billion (US$338 billion) over the past decade, maintains its No 5 spot.

The latest GFI report, ‘Illicit Financial Flows from Developing Countries Over the Decade Ending 2009', is penned by economists Sarah Freitas and Dev Kar ( right ), who is a former senior economist at the International Monetary Fund.

According to the authors, the estimates are based on balance of payments, bilateral trade and external debt data reported by member countries to the IMF and the World Bank.

"Unrecorded capital leakages through the balance of payments capture illicit transfers of the proceeds of bribery, theft, kickbacks and tax evasion," says the report.

Asia accounted for almost half the global share of illicit financial outflows (45 percent), driven largely by China and Malaysia.

However, GFI found that there was a dip in illicit capital outflows in 2009, but this was attributed to the global financial crisis instead of systematic improvements in governance or economic reform in these countries.

"This report should be a wake-up call to world

leaders that more must be done to address these harmful outflows."

"This growth rate, seen in few Asian countries, may be a result of significant governance issues affecting both public and private sectors," it lamented.

Following the release of the report in January, Prime Minister Najib Razak, who is also the finance minister, pushed the ball to Bank Negara's court , saying that it would provide an explanation on the findings.

"There can be many reasons, but let Bank Negara provide more specific comments on that," Najib told journalists when quizzed about the matter.

But to date, Bank Negara has yet to announce the result of its investigations nor explain the massive illicit capital flight, despite offers of help from top GFI economists. 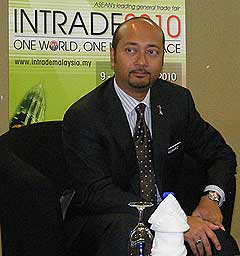 "We do not see the need to look into it. If you go through the report, they have made quite a few bizarre claims against several countries," Mukhriz said.

"Going by Bank Negara's figures, we know how much exactly is going out, so you can hardly consider those figures (from GFI) as factual."

According to GFI, increasing transparency in the global financial system will help reduce the outflow of illicit money from developing countries.

It recommends the following measures: