INTERVIEW A simple Google search on Yazid Sufaat will return the following results - militant, bombmaker, biological weapons expert, and one of the longest serving detainees under the Internal Security Act (ISA).

"They call me the CEO of Anthrax."

Shrugging as he says this, the father of four who was released from ISA detention in November 2008 after seven years - five of which were in solitary confinement - wears the title almost like a badge of honour. 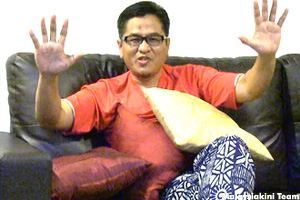 "They (the accusers) call me that because I only have a cabok (simple) Bachelor of Science but my students were PhDs, Masters' degree holders," he told Malaysiakini in an extensive interview at his home last week.

His "students" are now inmates in Cuba's Guantanamo Bay, which he discovered when the Federal Bureau of Investigation showed him photographs of them during questioning at the Kamunting detenion centre where he was held.

"I am Yazid Sufaat. I am not going to hide myself, my face, my name. Why should I? I am handsome, no?" asked the 48-year-old Johor native, laughing.

His devil-may-care attitude may lead one to believe that Yazid's "I love Osama Laden" proclamation on his Facebook page as a sort of joke.

But the unrepentant Yazid, who is one of seven Malaysians on the United Nations ‘travel, asset and arms deal' sanction list for alleged involvement with the infamous al-Qaeda, really loves Osama.

Recalling his time in Afghanistan in 2000-2001, Yazid admitted having met the now deceased al-Qaeda leader and considered it "an honour".

"Of course, I met him, it's an honour to meet him. How many people have?" he asked.

Yazid, who crossed the Pakistan-Afghan border on learning of the Sept 11, 2001 attacks on the US, said he trained as a militant for six months under the one-time most wanted man in the world.

"That was the opportunity to face them (the enemy). Of course, they came... I think the closest bomb that fell was 15m from me. That was the experience; (I) wanted it, Allah give (me) a chance," he said.

Under Osama, he sharpened his shooting skills, learned to walk in the dark and navigate using the stars and how to withstand the brutal desert combat conditions -losing about 18kg in the first two months.

"I am military trained but trained in a different terrain. (In Afghanistan) there is no jungle, all desert.

"Of course we could not run away from the Quran. I learned Arabic, listened to (Osama's) lectures, his usrah (discussion to instill loyalty and brotherhood)." 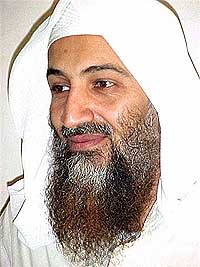 When Kabul fell to the Northern Alliance forces in November 2001, it was Osama who advised him to leave the war-torn country and return when "we have won back Afghanistan".

"At that time I thought, if they catch me out here, I would be heading to Guantanamo. If I go home, it's only ISA. So I called a friend at Bukit Aman and he said: ‘Come back. At least here it's only ISA'.

"My wife didn't believe I would be arrested, so I said let's cross the border and see. We crossed Bukit Kayu Hitam (Thai-Malaysian border) and I was arrested ," he said of the December 2001 incident.

The journey to Afghanistan

A Royal Military College alumnus and a retired army captain, Yazid's journey to Afghanistan began when he started seeking answers about his religion.

He said that he became an adult in the "sin cities" of the US, having graduated from California State University as a biochemist at the age of 23.

"When I returned, I was still wild. My mother-in-law said I should go study religion, but I didn't want to learn about the solat or how to perform the haj.

"Addicted" to the lessons, Yazid began delving more and more into the teachings of Islam only to be left unsatiated.

"I thought, ‘this can't be it'. (I) wanted to graduate, so I started reading more and when you have knowledge you want to ‘do' (something). I am a scientist... I want to prove the theory."

In 1995, Yazid performed the umrah and vowed to only return to perform the haj when he could understand the Quran. He returned in 1998. 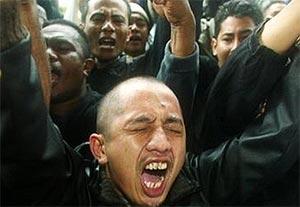 The same year, he went to Ambon, Indonesia, at the height of the Christian-Muslim conflict - to experience the "real jihad".

"I had a bit of money. If I left my family, they can sustain themselves. I wanted to see the real thing. What is so special about it. I wanted to face it... jihad in terms of qital , which means war," he said.

Going into Ambon "blind" on his own steam on the first fact-finding mission, Yazid and a friend met with Muslims there to understand their urgent needs and returned home to build a network of assistance.

At the time, Yazid was operating a pathology lab, running medical tests for up to 600 clinics and it was his clients that he approached to get the rudimentary medical supplies to send to Ambon.

"It was humanitarian. There you could find all sorts of non-Muslim humanitarian groups like the Red Cross. The Muslims were people like me, who wanted to help. They were called mujahiddin (freedom fighters), now they are called terrorists.

"In a conflict area, you have to defend yourself. You don't just go like that Mavi Marmara ship. It's stupid!" he said.

Yazid would later be charged for funding sectarian violence in Ambon - one of the five charges which kept him under the ISA.

"Mercy (Malaysia) was there. Umno guys were there. Both were funded. Yazid Sufaat was there, self-funded, but this is a threat to national security," he said.

The 'project' in a Kandahar lab

His desire to "help (his) fellow brothers" also saw Yazid finding himself criss-crossing the Afghan-Pakistan border - this time to build a hospital. 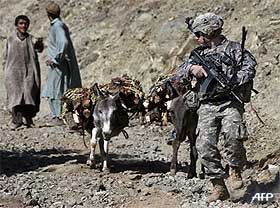 He used his experience in running a pathology laboratory to train staff at the hospital and to set up a laboratory next to the hospital in the Taliban stronghold of Kandahar.

It was at this laboratory that he was accused of having developed biological weapons - something which he terms "the so-called project".

Initially hesitant to reveal what went on in the lab, which he claims he started before Sept 11, 2011 and was bombed out following the World Trade Centre attacks, Yazid let out that it was a defence strategy.

"Of course (there was research), we are scientists (laughs) . We have to do it, but the lab wasn't that sophisticated. It was bare bones, that was what we could manage. We do what we can and leave the rest to Allah.

"If (the other side) use ‘bugs', you must understand that bug in detail so we can counter any biological weapon that they use. You must know your enemy," he said. 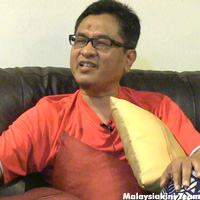 But was he really the ‘CEO of Anthrax' and a senior al-Qaeda leader as alleged?

"I never expected to be accused of doing this thing... if you read the stuff they wrote about me, it's impressive. But (what I did) was really nothing.

"My name is Yazid Sufaat. I did not do anything wrong. I don't feel guilty at all," he declared.

This interview was conducted by Fathi Aris Omar, Aidila Razak and Salhan K Ahmad. The interview is part of Malaysiakini 's focus series on the Internal Security Act, leading up to its repeal, which is expected to tabled in Parliament this sitting.

Subscribe Today
Read more from this author :
Aidila Razak
Read more like this :
#isa
Most Read
Most Commented
Most Recent