While Sarawak Chief Minister Abdul Taib Mahmud's son Mahmud Abu Bekir had richly benefited from the state, provisions in the law are hindering the Malaysian Anti-Corruption Commission (MACC) from charging Taib with abuse of power. 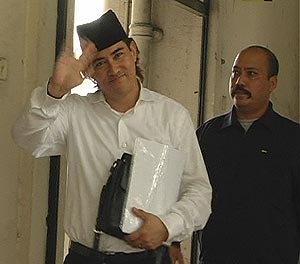 According to MACC deputy chief commissioner (operations) Mohd Shukri Abdull, this is because Taib had either declared his interest or was absent from meetings where the decision to award state deals to Bekir ( left ) were made.

"Regarding his (Taib's) son, and his (former) daughter-in-law's testimony in court. It is true, he received things like timber concessions, which he could sell, amounting to a lot of money.

"But he had applied for the projects and gotten them. His father did not make any decisions, it was approved by exco members (the Sarawak cabinet). This is the weakness in the law," he said when met in Kuala Lumpur today.

Mohd Shukri was responding to a question  on whether testimonies in the ongoing Syariah Court trial between Bekir and ex-wife Shahnaz A Majid could be used as evidence against the chief minister. 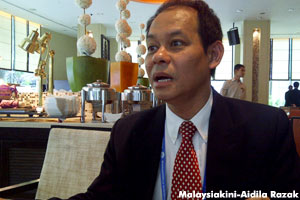 Mohd Shukri ( right ) added that based on Section 23 of the Malaysian Anti-Corruption Commission Act 2009, a person cannot be charged for abuse of power if there is no evidence that he or she had personally made the decision to award a contract where there is conflict of interest.

This leaves no documentary evidence to link the chief minister to abuse of power, he said.

Speaking broadly on cases of the same nature, Mohd Shukri said that in such cases, those making the decisions are subordinates to the persons being investigated and could find it difficult to decide against the latter’s interests.

“But unless the person investigated had said something like ‘please consider it’, and it is recorded in the minutes, there is no link,” he said.

He added that subordinates, particularly when it comes to politicians, are also unlikely to provide evidence as there are vested interests.

“If the person had whispered into the ear of his subordinate (to approve the projects), we don’t know as no one is going to admit it.

“They have their rice pots to take care of too, and in some cases, they’re afraid they may not be renominated (in the next elections),” he said. 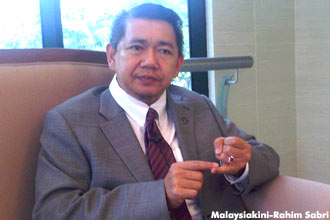 Correcting PAS’ Kubang Kerian MP Salahuddin Ayub ( left ), he said it is Section 53 and not Section 50 as mentioned by the former, which also hampers investigations.

Mohd Shukri said that based on Section 53 of the MACC Act, confessions must be independently corroborated, even if both the giver of the bribe and the recipient of the bribe admit to the act.

“There needs to be either documentation, like bank transaction records, or a witness who can attest to it.

"But bribery usually occurs in private, in closed rooms, with no witnesses,” he said.

He said that while the MACC managed to bring “many” civil servants to court under Section 23, it is the same section which allows“big fish” to slip the net.

“If there is no improvement to the law, (Section 23) can continue to be used to evade action,” he said.

Mohd Shukri said to support confessions, the MACC is following the footsteps of its Hong Kong counterpart to video-record all statements made.

“Three concurrent recordings are made, one for the person giving the statement, one for the court and another for us to keep,” he said.

PKR: Gag order on PAC a breach of standing orders

Not shoddy laws, only shoddy MACC