Attorney-general Mohamed Apandi Ali dismissed his predecessor Abu Talib Othman's opinion that he did not have authority to close the RM2.6 billion case, adding that all he did was based on what he had learnt from the former AG.

"I am just following my master's footstep. Now he said I couldn't do that. I am confused.

"I hope he can come to see me so that I can offer my explanation," he was quoted as saying by Sin Chew Daily in an exclusive interview.

"Under Article 145 (3) of the federal constitution, the AG has power only to institute, conduct and discontinue any (criminal) proceedings, but has no authority to order any investigation agency to close its investigation papers.

"This is a case of public importance that has attracted worldwide attention. The AG must help the MACC to collect evidence as the source of the fund is outside Malaysia," said Abu Talib.

In a related matter, Apandi also insisted that he never requested his Swiss counterpart to close the European nation's own investigations into 1MDB during a meeting last September.

"I never said that... That's a lie. I never mention any 1MDB cases. It was a courtesy call... If the Swiss needs any help, I will provide...

"The meeting was about mutual legal assistance. We could help at any time, that's it." 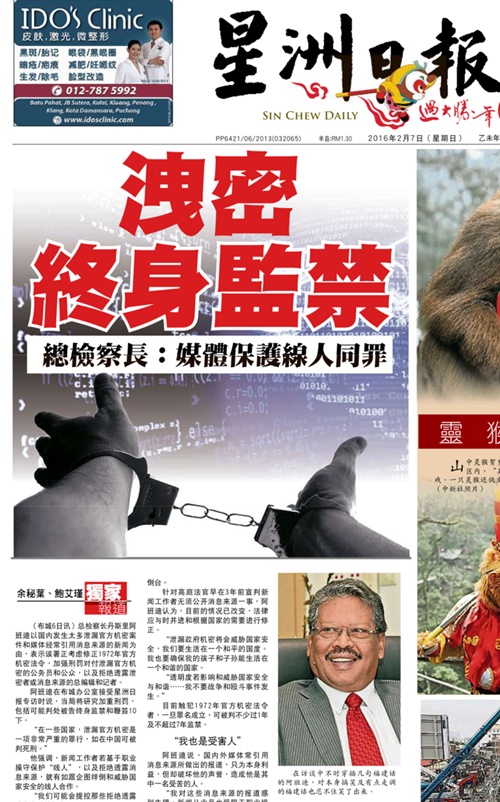 Apandi said the meeting between him and Swiss attorney-general Michael Lauber was also attended by deputy solicitor-general Tun Abdul Majid Tun Hamzah and an officer from Lauber's office.

He said the office of the Swiss attorney-general had requested the help of the AG's Chambers through the Foreign Ministry, though the official request they filed only reached him on Feb 4.

However, Apandi said he has yet to read the Swiss document.

The AG's Chambers, he added, will extend its help to the Swiss under the mutual legal assistance protocols, though he refused to disclose details as it is "top secret".

Prior to Apandi’s decision to close the cases against Najib, Lauber through his office had reportedly made a request to Malaysia for assistance in his country's 1MDB probe into possible violations of Swiss laws related to bribery of foreign officials, misconduct in public office, money laundering and criminal mismanagement.

Lauber also reportedly said that Najib was not a suspect in the Swiss probe.

Apandi subsequently said he would take all possible steps to assist Swiss authorities but clarified that the investigations into the RM2.6 billion donation made to Najib were entirely separate from those into 1MDB.

Apandi also said that his appointment to the nation's top legal office is valid and constitutional. 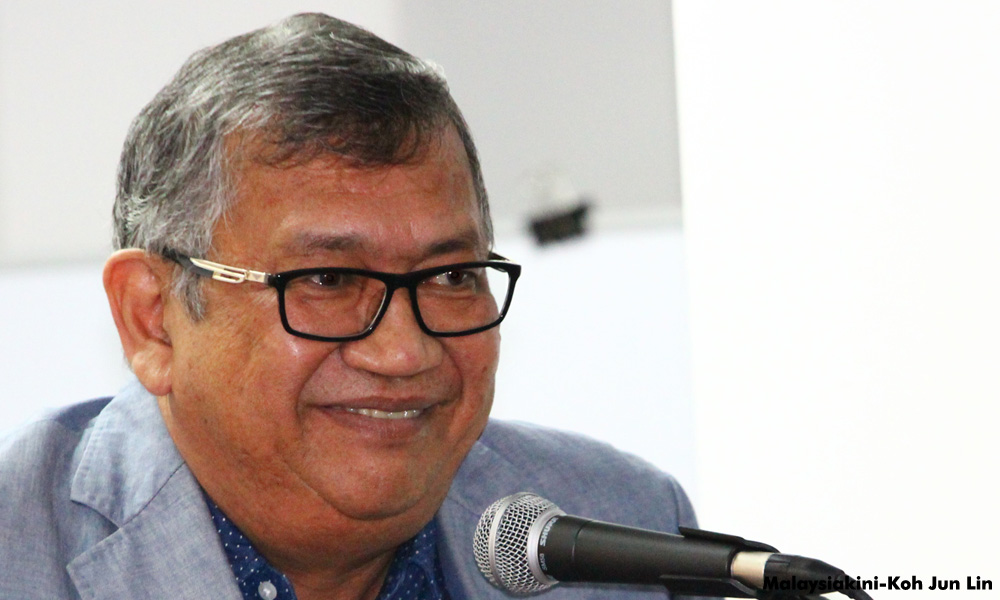 He said the health problems afflicting his immediate predecessor, Abdul Gani Patail, is an open secret.

Abdul Gani, he added, needs to have dialysis three days a week, which rendered the former AG capable of working only two days each week, minus the weekend.

In contrast, Apandi said he has been working tirelessly since taking over from Abdul Gani.

"You see, with the workload of the AG, I could not take leave after I assume office. I work 24 hours a day, seven days a week.

"I even have to work from home (after office hours)," he said, adding he has to maintain communications with his officers via email at all times.

For example, he said, he has to work until one in the morning if a case is urgent.

Apandi also said he made "financial sacrifices" when he left his private legal practice to join the public service.

Nevertheless, he said he was honoured to serve the country and Agong.

Previously, Apandi said he could earn RM15,000 a case when he was in private practice, excluding the additional legal consultantation fees.

"At that time a judicial commissioner could earn a basic salary of RM17,000. For me, that is nothing. Add on other allowances, it would only reach no more than RM20,000."

He said he has invested money earned from his private legal practice into property, including Wisma Apandi which was build in his hometown of Kota Bahru.

The building, he said, has given him good rental income.

Apandi was appointed AG after his predecessor Abdul Gani was let go purportedly due to "health problems" last July, which coincided with a cabinet reshuffle which saw the deputy prime minister, who had been vocal on the 1MDB scandal, removed.

In late January, he cleared Najib from criminal wrongdoings in the RM2.6 billion donation and RM42 million SRC International cases.

AG mulling life imprisonment for those who leak secrets