Artist Fahmi Reza is under investigation for a caricature of Prime Minister Najib Abdul Razak with a clown face, which he uploaded onto his Twitter and Instagram accounts last month.

Fahmi is being investigated under Section 233 of the Communications and Multimedia Act for misusing a telecommunications network and Section 504 of the Penal Code, which deals with intentional insult to provoke breach of peace.

“I am ready to continue to fight to defend our right to criticise corrupt leaders and I do no fear any repercussion, because I know you will not let me fight alone,” he told his Facebook followers today.

“In a country that is full of corruption, we are all seditious,” he said, citing the tagline he used in the clown-face caricature, which was first uploaded as part of an anti-Sedition Act campaign.

Fahmi, who is currently overseas, said he would return to Malaysia this weekend and give his statement to police at the Dang Wangi police station on Sunday. 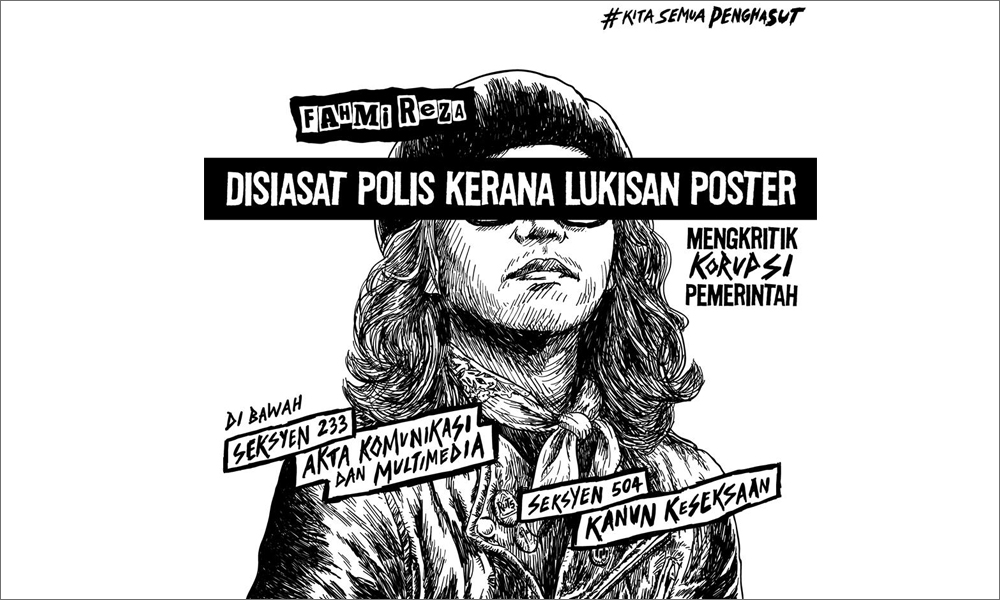 The clown-face Najib caricature made international headlines when police warned Fahmi over the drawing on Twitter.

If charged and convicted for the offence, he will face up to three years in jail or a fine of RM50,000 or both.

Graphic artists retaliated against the attempt to censor Fahmi by sharing their versions of the clown-faced caricature.

Fahmi has also printed T-shirts featuring the caricature, proceeds from sales of which he said would be used to fund projects against corruption by activists.

Prior to this, he made headlines for pledging the RM50,000 in damages he won in a wrongful arrest lawsuit against the Kuala Lumpur City Hall and police, to anti-corruption causes.

Najib is accused of corruption after RM2.6 billion was found in his private bank account.

The attorney-general cleared him and said the funds were a political donation from the Saudi royal family. Najib denies any wrongdoing.