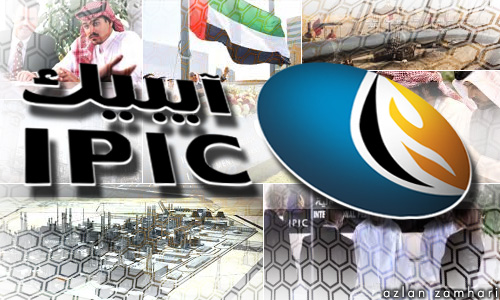 Abu Dhabi’s state-owned International Petroleum Investment Company (IPIC) today said neither itself nor its unit Aabar Investments PJS have any links to a British Virgin Islands-incorporated firm named in a report into the troubles at Malaysian state fund 1MDB, reports Reuters .

“Both IPIC and Aabar confirm that Aabar BVI was not an entity within either corporate group,” IPIC said in a statement on the London Stock Exchange, referring to Aabar Investments PJS Limited (Aabar BVI).

“Further, both IPIC and Aabar confirm that neither has received any payments from Aabar BVI nor has IPIC or Aabar assumed any liabilities on behalf of Aabar BVI,” the statement added, noting that according to publicly available records, Aabar BVI was wound up and dissolved in June 2015.

IPIC has close business links to Malaysia’s scandal-hit state fund 1MDB, which is at the centre of corruption and money-laundering investigations across multiple jurisdictions, according to Reuters .

The Public Accounts Committee report on 1MDB said released last week said billions of US dollars in unexplained payments were made to a company called ‘Aabar Investments PJS Ltd (Aabar Ltd)’ in 2012 without board approval.

Responding to IPIC and Aabar’s statement, 1MDB stated that the substantial sums paid to Aabar BVI have been clearly recorded in the publicly available and audited 1MDB financial statements dated March 31, 2013 and March 31, 2014.

“Further, the amounts paid have been subject of much commentary, starting from 2013 right up to the present.

“Accordingly, 1MDB finds it curious that IPIC and Aabar have waited until April 2016 to issue such a statement.”

1MDB said the company records show documentary evidence of the ownership of Aabar BVI and of each payment made, pursuant to various legal agreements that were negotiated with Khadem Al Qubaisi in his capacity as managing director of IPIC and chairperson of Aabar and/or with Mohamed Badawy Al Husseiny, in his capacity as the chief executive officer of Aabar.

“It is, therefore, a surprising claim that neither IPIC nor Aabar have knowledge of, nor have benefited from, payments made by 1MDB to Aabar BVI.”

Minister: Normal for Najib to sign off 1MDB documents

Can anyone now claim to be innocent, gullible or incompetent?

1MDB gets 'we own Good Star' letter - six years later

And the real decision-maker in 1MDB is…