Branding the excuse as ‘shallow’ and an ‘insult to the rakyat’, the Pandan lawmaker said the people still could not forget how Najib did not immediately return to Malaysia when Kelantan was hit with devastating floods in 2014.

“He used a different plane to return to Malaysia from Hawaii. Instead, the official private jet that was supposed to be used by the prime minister was used to go somewhere else.

“The jet went to Los Angeles and then to Indianapolis. To date, Rosmah has yet to answer whether the jet had a layover to monitor upgrading works for the newly-bought jet,” Rafizi said at a press conference in Kuala Kangsar today.

Yesterday, Rosmah's aide Rizal Mansor said she had to use the private jet as it would take her 13 hours to reach Istanbul to accept the 3G Children Welfare Award.

Rizal said Rosmah had then to rush back to Malaysia to attend the annual general assembly of the Girl Guides Association of Malayaia, which was officiated by the Raja Permaisuri Agong. 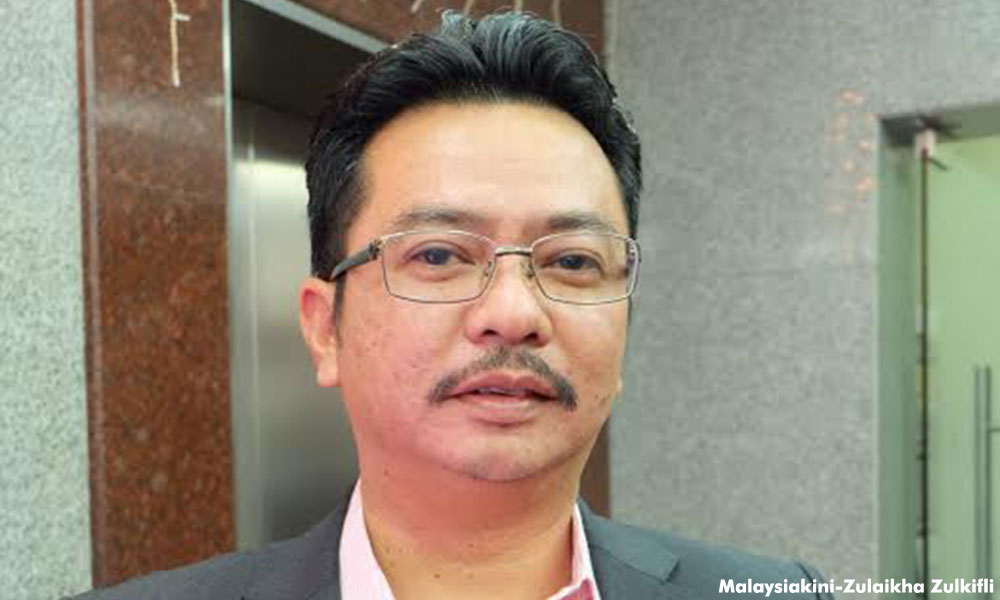 Rafizi also said the reasoning of Rizal (photo) was nothing new as it was always used whenever the opposition revealed wastages linked to members of the ruling government.

“Such excuses are given and they always drag in the Yang di-Pertuan Agong’s name,” he said.

Rafizi then called for the government to reveal the guidelines for one to be considered a very, very important person (VVIP) and thus eligible to use a private jet.

“So, if they want to borrow the private jets to go about their businesses, can they do so?” asked Rafizi.

The lawmaker then claimed that Rosmah’s daughter Nooryana Najwa Najib had boarded the same jet with her mother on the trip.

“I can confirm that Rosmah and Nooryana were together on the jet. Is the daughter of a prime minister a VVIP, too?” asked Rafizi, furnishing pictures of Nooryana purportedly boarding the jet.

Today is the second day of Rafizi's exposé on Rosmah’s use of a private jet for her trip to Istanbul. He is set to reveal more details on the matter tomorrow.