Prime Minister Najib Abdul Razak has been urged to "come clean" on 1MDB following the US Department of Justice's (DOJ) accouncement it had filed two lawsuits to seize assets linked to the state investment fund.

"The prime minister must, once and for all, come clean on the matter which can no longer be swept under the carpet.

"Neither can the prime minister pretend that this latest action is not bringing shame and scandal to the country," Selangor Menteri Besar Azmin Ali said in a statement today.

The DOJ had earlier filed a civil forfeiture suit in Los Angeles seeking to seize properties worth about US$1 billion (RM4 billion) linked to 1MDB, as part of the US$3.5 billion misappropriated from the state fund.

The assets involved include penthouses, mansions, artwork, a private jet and proceeds from 'The Wolf of Wall Street' movie.

Azmin pointed out that the DOJ had said that officials treated 1MDB like "a personal bank account" and "stole billions of dollars from the people of Malaysia".

"At last, after all these months of trying to whitewash the mother of all financial scandals in Malaysia, the truth concerning 1MDB has finally surfaced confirming beyond the shadow of a doubt that there was indeed a conspiracy to defraud and launder billions of the taxpayers’ money committed by those closely connected with those occupying the highest rungs of public office," he said.

While he conceded that the lawsuits did not name Najib, it did specifically name his stepson Riza Aziz, family friend and businessman Low Taek Jho, better known as Jho Low, as well as two Abu Dhabi government officials. 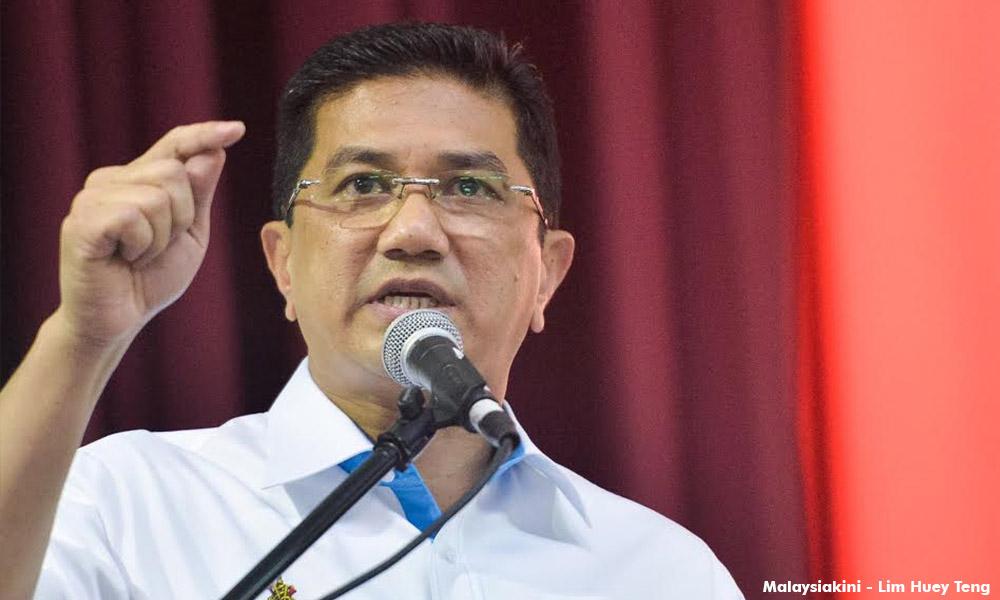 Azmin (photo) added that he had always maintained that Najib's decision last year to sack then Deputy Prime Minister Muhyiddin Yassin, replace then attorney-general Gani Patail as well as displace top Malaysian Anti-Corruption Commission (MACC) officers involved in the 1MDB investigation "strongly suggested" a conspiracy to cover up the scandal.

"In light of the latest development, the prime minister can no longer hide behind a wall of silence and must instead address the nation on this matter," he said. 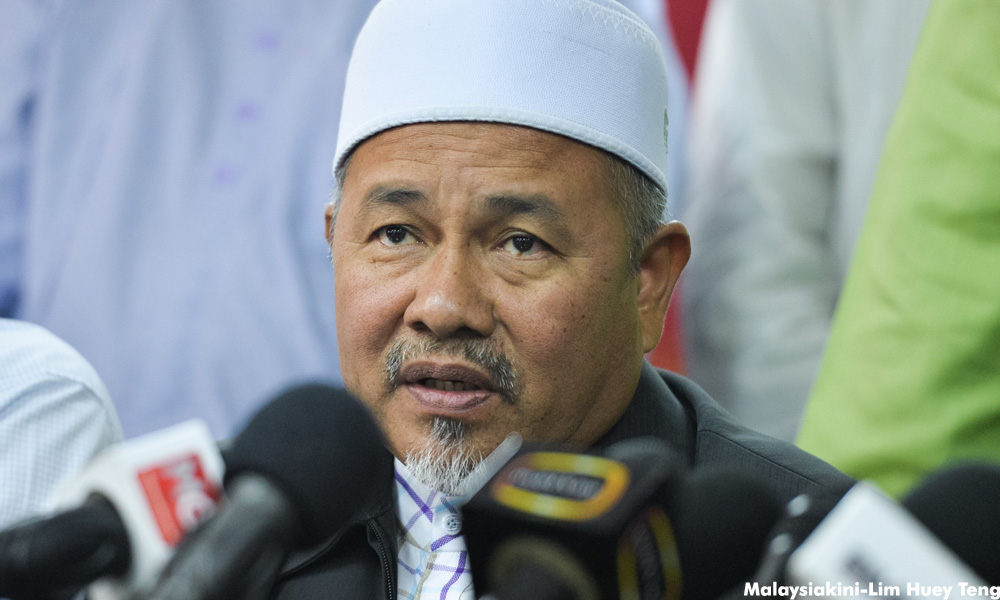 In a separate statement, PAS deputy president Tuan Ibrahim Tuan Man also voiced a similar sentiment, questioning whether Najib, who is also the finance minister, will continue to keep his silence.

Tuan Ibrahim also wondered how the DOJ successfully discovered evidence of wrongdoing by a Malaysia-based company whereas Malaysian authorities had failed to do so.

"What is the status of the inspector-general of police's (IGP) probe into 1MDB? Will the IGP cooperate with the DOJ to get the evidence that he failed to discover in his investigations into 1MDB?

"What about the auditor-general? Will he be able to now complete his audit report, which is under the Official Secrets Act (OSA), with these new information?

"And what about the attorney-general and MACC after this? Do they still stand by what they said earlier?

"What about the Bank Negara Malaysia governor Muhammad Ibrahim who had closed the 1MDB case? With this new information, will the case be reopened?" Tuan Ibrahim questioned in his statement today.

He said the rakyat are watching these institutions now, to see whether they are working for the people or certain individuals only.

1MDB chief Arul Kanda Kandasamy should also think of what's best for himself and the country, Tuan Ibrahim advised.

Meanwhile, he said, PAS urges for a Royal Commission of Inquiry (RCI) consisting of ulama who are experts on economy and Islamic finance to be formed to investigate the 1MDB scandal.

The investigation should focus on two aspects, he said.

The first is the mismanagement of investments and finances, he said.

While this is a normal issue in conventional economy, Islamic finance prescribes a different punishment, he said.

The second aspect is the alleged misappropriation of funds, which involves the illegal transfer of funds without using the proper channels, he said.

"Both of these should be investigated by a RCI to resolve this case, which has been going on for years," he said.

Read the US Department of Justice’s lawsuits below: