Responding to the civil lawsuits filed by the United States Department of Justice yesterday, Tengku Sarifuddin said as prime minister, Najib has always maintained that the law would be enforced, without exception, if any wrongdoing is proven.

Tengku Sarifuddin added Malaysian authorities have led the way in investigations into 1MDB. 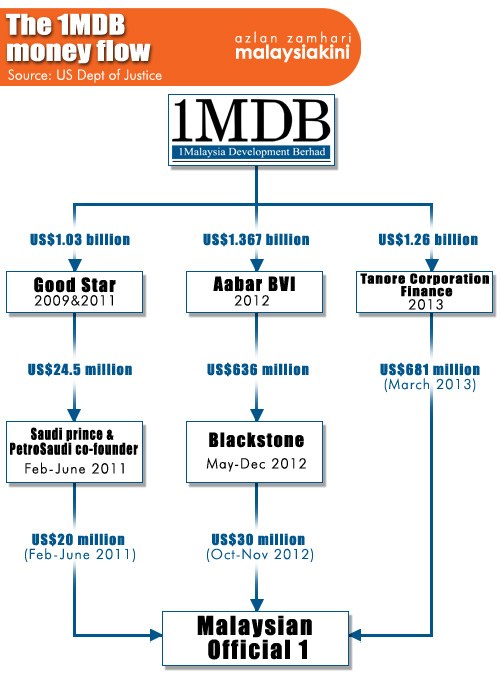 “The company has been the subject of multiple investigations within Malaysia, including by the Malaysian Anti-Corruption Commission, the auditor-general and the bipartisan Public Accounts Committee.

“After comprehensive review, the attorney-general found that that no crime was committed. 1MDB is still the subject of an investigation by the Royal Malaysian Police,” he said in a statement today.

Tengku Sarifuddin noted that the US Department of Justice's civil lawsuits were filed against various assets.

“As previously stated, the Malaysian government will fully cooperate with any lawful investigation of Malaysian companies or citizens in accordance with international protocols. As the PM has always maintained, if any wrongdoing is proven, the law will be enforced without exception,” he added.

Najib has been cleared by Malaysian attorney-general Mohamed Apandi Ali of any wrongdoing related to the RM2.6 billion donation and also the RM42 million received from SRC International Sdn Bhd, a subsidiary of 1MDB.

The United States Department of Justice, in the lawsuits filed in California yesterday, seeks to seize 17 assets including luxury properties and a jet, and also named the producers of the blockbuster film 'The Wolf of Wall Street'.

The court documents filed in Los Angeles related how the properties were allegedly purchased in the US, Switzerland and the United Kingdom from funds diverted from 1MDB.

The court documents said the funds were diverted from 1MDB "for the personal benefit of the co-conspirators (and) their associates".

They used the funds to purchase luxury estates in the United States, pay gambling expenses at Las Vegas casinos, acquire more than US$200 million in artwork, invest in a major New York real estate development project, and fund the production of major Hollywood films.

1MDB maintained no interests in their assets and saw no returns on these investments, the lawsuits stated.

The US deputy director of the Federal Bureau of Investigation Andrew McCabe in a press conference organised by the US Department of Justice said the Malaysian people were defrauded on an enormous scale in a scheme which had tentacles reached around the world.

Read more like this :
#1mdb
#usdepartmentofjustice
#civillawsuits
View Comments
Most Read
Most Commented
Most Recent