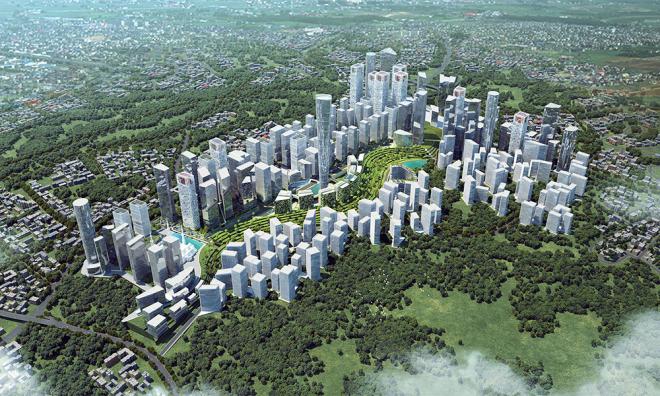 MP SPEAKS | The new season of the blockbuster 1MDB political drama thriller could not have kicked off on a more suspenseful note.

Just when everyone thought (and some were hoping) that the show has run its course and the audience have lost interest, the producers of the show have returned with some impeccable scriptwriting to keep Malaysians glued to the ever-evolving scandal.

Soon after the International Petroleum Investment Corporation (IPIC)-1MDB debt “settlement” agreement, where the Ministry of Finance (MOF) agreed to assume the guarantee provided by IPIC for 1MDB’s US$3.5 billion worth of bonds, MOF announced that the agreement to sell a 60 percent interest in Bandar Malaysia to a consortium led by Iskandar Waterfront Holdings (IWH) has been terminated.

The world was stunned when MOF’s wholly-owned subsidiary, TRX City Sdn Bhd, which owns Bandar Malaysia, announced that the deal with the IWH consortium had collapsed because the latter did not meet payment obligations for its 60 percent stake.

The consortium disputed this claim

While clarity on the above dispute remains unclear - with neither TRX City nor IWH providing any evidence to substantiate their claims, there is now a new mystery as to who authorised the decision to terminate the agreement.

Based on Malaysiakini’s report entitled 'Arul is against termination of Bandar M'sia deal', government sources told the news portal that the RM7.41 billion deal was terminated without notifying Arul Kanda Kandasamy, the president and CEO of 1MDB.

However, at the material time, Arul Kanda was also the chairperson of Bandar Malaysia Sdn Bhd as well as a member of the board of directors of TRX City, before he was unceremoniously dumped by MOF four days after the termination announcement. The Malaysian Insight had reported sources from MOF citing a “conflict of interest” on the part of Arul Kanda.

Who pulled the trigger?

While we are keen to find out what exactly is the “conflict of interest” that necessitated Arul’s immediate sacking, we are even more interested to know who actually made the decision to terminate the agreement.

Since Arul Kanda was oblivious to the entire termination exercise, it meant that the board of directors of both TRX City and Bandar Malaysia never deliberated and made a decision on the matter involving a whopping RM7.41 billion transaction.

The Malaysian Insight reported that the decision to remove Arul Kanda was made by Finance Minister Najib Abdul Razak and Treasury secretary-general Irwan Serigar Abdullah. The question then arises as to whether Najib, who is also the prime minister, made a unilateral decision to terminate the agreement.

If so, it should be clarified as to what powers the finance minister have to make material and critical decisions of government companies unilaterally, by-passing the companies’ board of directors? Did Najib abuse his powers as finance minister and prime minister to terminate the IWH agreement?

It should be recalled that one of the biggest controversies over the 1MDB scandal was the powers granted to the prime minister to make all final key decisions in the investment company. Clause 117 of 1MDB’s memorandum of articles and association (M&A) dictates that the prime minister must give his “written approval” for any of 1MDB’s deals, including the firm’s investments or any bid for restructuring.

It was Najib who gave the ultimate approval for all the billions of ringgit of lost investments carried out by 1MDB with Petrosaudi International Limited and Aabar Investment PJS Limited.

The controversial clause has since been deleted upon recommendation by the public accounts committee (PAC).

However, it appears that Najib is still calling the shots behind the scene, bypassing key Treasury guidelines, as well as all forms of corporate governance and accountability that we have demanded to avoid a repeat of the 1MDB imbroglio.

We await the next episode with bated breath.