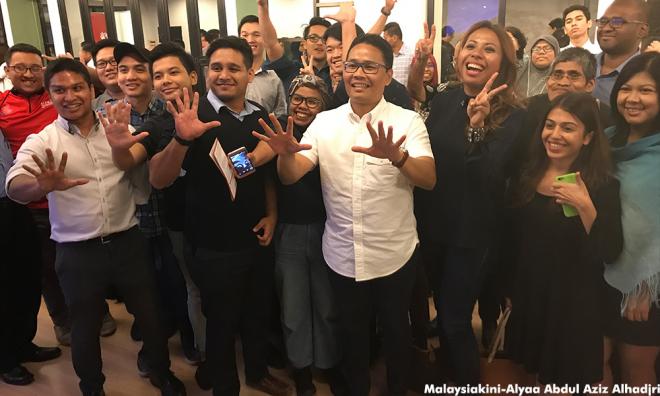 Nothing short of a miracle can bring back English schools

YOURSAY | 'Is Umno Youth deputy Khairul Azwan not aware of the policies on English?'

Anonymous 2460391489930458: I can't believe Umno Youth deputy chief Khairul Azwan Harun is not aware of the country's policies with regards the usage of English in our schools.

With such clear bias to promote the Malay language (as if a lack of it would amount to treason) to revert to the "good old days" whereby English was used as medium of instruction in schools would be nothing short of miracle.

Resistance to change would be so great (especially when the enforcers themselves are not proficient enough in the language) that any move to bring back English-medium schools would be an exercise in futility.

Regime change is perhaps the only solution to this.

P Dev Anand Pillai: The transformation of our nation to focus on Bahasa Malaysia took place as soon as second prime minister Abdul Razak Hussein came in as the PM in the 70s after the May 13 incident. But we had a good system prior to independence and post-independence till 1970.

So the question is, as we want to become a high-income nation and join the developed world, how are we to achieve that if we can't master the international language of knowledge? Good English teachers of yesteryear have become extinct.

The English teachers of today are seen as aliens in schools. Since that is the treatment they receive, they tend to use the national language to try to teach English to the pupils.

Worldly Wise: Abdul Razak did untold damage to the people and the country by abolishing English-medium schools arbitrarily. He never appointed any properly constituted commission to look into the matter before making such a monumental decision.

Today, school leavers cannot get jobs. Even if they get jobs, they are unable to perform. Everything is in English. Medicine, engineering, law, commerce, information technology, you name it, it is all in English.

James 3392: Khairul, you can continue to think and think and think whether we can have the English-medium school back to the mainstream of education, but the progress of English in the global arena is not going to slow just because you need time to think.

Even the German and French corporate giants like BASF, Siemens, Airbus and Alcatel and all have adopted English as their medium for corporate communications.

Continue thinking, Khairul, coconuts will fall from the tree one day.

James_3392: My Readers literacy programme founder Charis Ding, make no mistake - today, even the English teacher in secondary schools can't read proper English, and this is not an isolated case.

ABC123: Secondary school students? Even university graduates from local universities can barely string together an English sentence. They are unemployable. The vast majority of them are absorbed into the bloated civil service. ln the end, who are the losers?

Not the Chinese students. Their ability to read and speak Chinese would be in demand globally, and most of them also know conversational English.

In the end, the losers would be the Malay students, who can only speak and write Malay. The unspoken truth is, this is a problem mainly for the Malay community. They are holding themselves back.

Fair&Just: Ding, go preach your solution to other places, perhaps Sabah and Sarawak, which shall appreciate your kind efforts.

Here in the peninsula, it is proven when they grow up with a little English after reading some books, maybe yours too, they will go around making all sorts of allegations like accusing the author of proselytising.

Worldly Wise: Most school leavers cannot even construct a single sentence in English. In many other Commonwealth countries, secondary school leavers have read William Shakespeare, Jane Austen, they learn all their subjects in English and have a good command of English generally.

We should not lag behind. Indeed, at the time of abolishing English schools, Abdul Razak did not get any proper advice at all whatsoever on how to develop Malay and at the same time maintain all our standards.

Anonymous 2460391489930458: Everyone knows the standard of national schools is so pathetic, many students enrol into Chinese schools save for the more affluent ones who can afford private education.

Now, English is not widely spoken in either national or Chinese schools. So what do you expect?

The real problem lies with the poor academic standards of national schools, be it the curriculum itself, the administration or the teaching staff.

Expect English proficiency to deteriorate further until the declining standard of education in national schools is arrested and improved.

The perception - as espoused and perpetuated by the ‘ketuanan Melayu’ NGOs - that using English is something evil, has discouraged many Malays from learning the language.

And this has put the Chinese in an advantageous position. More Chinese can speak English regardless of the standard.

However, the Malays actually have an advantage in learning the language, because the same alphabetised system used by their mother tongue gives them an advantage in terms of learning pronunciation and spelling.

The Malays can speak clearer English than most Chinese, and by right, should gain more employment with the right skill sets.

Touche: Umno politicians are insincere. If you get them involved, the programme is dead before it even gets started. Perkasa and Umno racists would kill it.