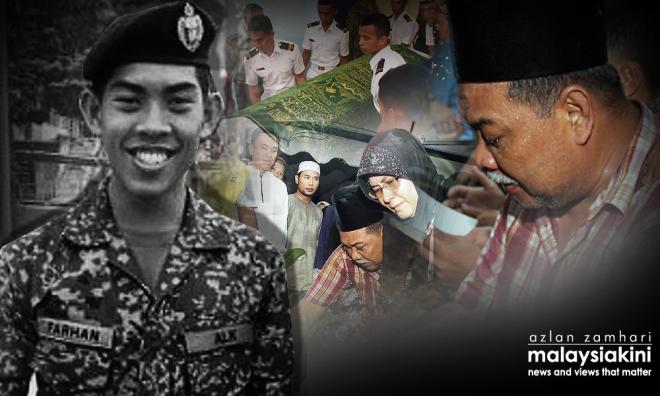 MMA hopes dead cadet’s doctor will get a fair hearing

The Malaysian Medical Association (MMA) hopes that the doctor who allegedly failed to report injuries sustained by Zulfarhan Osman Zulkarnain prior to his death would be given a fair hearing by the Health Ministry.

Its president Dr Ravindran R Naidu explained that what the doctor saw at the time of the National Defence University of Malaysia student’s visit might have been very different from what was seen at the post-mortem.

“The (health) minister, as a practicing doctor and clinician will, of course, know that the attending doctor’s impression and observations at the time he saw the patient must be given weight.

“If the injuries were consistent with the history given by the victim, the doctor might have had no suspicion at all of any unlawful act having been committed,” Ravindran said in a statement here.

Zulfarhan Osman, 21, died at the Serdang Hospital on June 1 after allegedly being tortured by some students, reportedly over the theft of a laptop.

On Sunday, Health Minister Dr S Subramaniam said the ministry would call the doctor from a private clinic who was reported to have treated the Navy cadet, for an explanation following the doctor’s failure to report injuries sustained by the victim to the police.

Ravindran said, as responsible doctors, obeying the law was a wish for every single one of them.

“If we are reasonably sure that a criminal act has been performed on or by one of our patients, we will report it to the relevant authorities.

“Of course, medical confidentiality is very important, so the suspicion would have to be very strong for us to breach it in even a very limited way,” he said.

Ravindran also extended the association’s hope for the ministry to come out with guidelines to ensure such incidents did not recur.

He added that the association wished the Higher Education Ministry would be similarly proactive in investigating how such profound brutality went undetected.