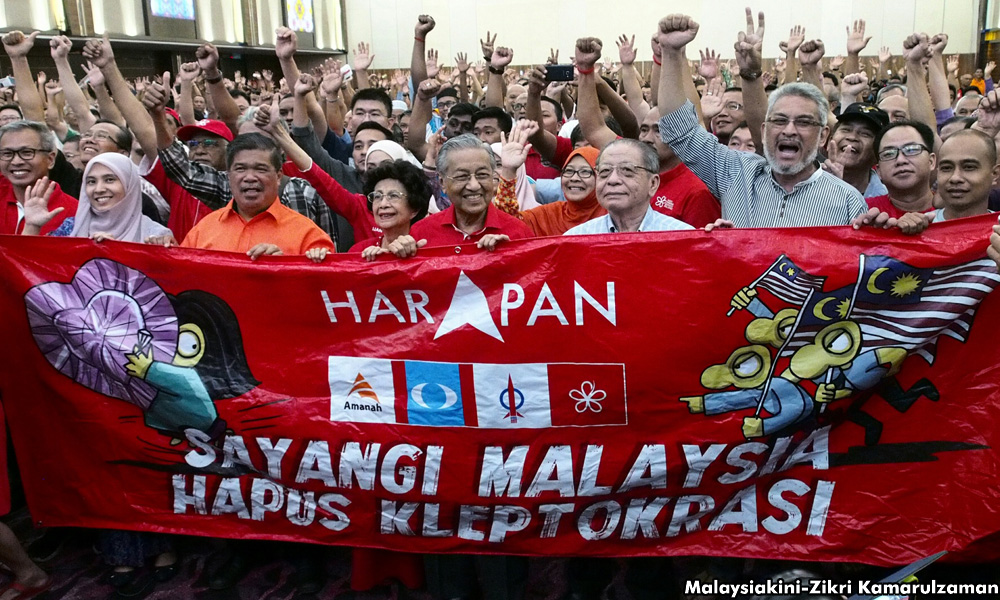 Why vote for the opposition?

COMMENT | Two pieces on Malaysiakini caught my attention. The first by regular contributor Zan Azlee - ‘Will my daughter be a racist if she goes to national school?’ - and the second by Julian Tan - ‘Why I had to travel halfway across the globe for university’.

No, this piece is not about our education system, although it is interesting to note that the reason why Julian Tan felt he needed to pursue he dreams elsewhere is exactly the fear Zan Azlee has about what his child could turn into. This is about a system that has failed us, and at this point of time when the opposition and its supporters have embraced “pragmatism”, there seems to be no real change in sight.

In the current political climate, the one question I am asked most often is why bother voting? When people ask this question, what they really mean is why vote for the opposition?

I never answered this question before. I will attempt to do so now.

Here is the thing. When I started writing this column for Malaysiakini, I openly said that I was an opposition supporter. Over the years, after chronicling the opposition through its numerous vicissitudes, I qualified my original declaration and said I am opposition leaning.

I will also not make the case that if you want “real” changes on issues such as “race” and “religion”, you should vote for the opposition. The opposition has made it very difficult for people like me to make that case.

This is because with all its corruption scandals, gerrymandering, systemic dysfunction, race and religious politics, Umno offers stability which historically has proven to be what is important to the vast majority of Malaysians and which is extremely important to regional and international hegemons with vested interests of their own. This is why despite all the court cases going on outside our borders with the 1MDB case; the Najib regime is relatively unaffected.

Okay, I lied. I could make an argument that the opposition was the lesser of the two evils. I was talking to an Umno personality recently and he said that he agreed with a few of my articles where I “bashed” BN and Pakatan Harapan as essentially having the same racial policy and ideology. It was part-acquiescence, part-backhanded acknowledgement and typical of how politicians talk.

Now, I would like to think my pieces on this issue are a lot more nuanced than what he was agreeing to but when I asked him, if indeed BN and Harapan were the same then why does he care if the latter wins. After all, the system would not change and his position would be secure.

This “little better” is a seismic event after decades of corrosive politics and social policy that happened during the Umno long watch and it definitely means that Harapan could do a whole lot better even if they did not do that much on the throne of Putrajaya. They could do this because the bar is set so low.

Hence Harapan is definitely the lesser of two evils even though many could make the argument that there really isn’t any major ideological differences between BN and Harapan, especially considering the racial rhetoric coming out from the “bumi” component of the newly improved alliance. However, I do not like this argument. It is too easy and generally encourages political pundits and opposition supporters to give the opposition a free pass on a whole range of issues.

Now, you could also argue that because of what the Najib regime is doing, that “stability” will not last but unfortunately time is on the regime’s side and there is no sense of urgency or immediacy to the troubles on the horizons, troubles which I consider the existential threat to Malaysians.

So, what have I got left?

Well, it may not be “real” change but it is a start. The only valid reason for regime change and something that I sincerely believe in is that we need a two-party system. To understand my thinking on this please, dig up Wong Chin Huat’s piece a couple of years ago - ‘Questions on a two-party system’.

While I realise that Wong has claimed in a forum that Malaysia perhaps is not ready for such a system, I believe that it is the only morally and intellectually valid reason for regime change no matter how we get to that point. Even if we get to that point with Harapan not being very different from the BN, it would still be worthwhile.

So, you should not abstain from voting if this was even a consideration. You should vote the incumbent out not because of delusional ideas of saving Malaysia but because this could be the first real step to changing Malaysia for real.

Do not vote in frustration. Do not vote in anger. Do not vote in self-righteousness. Vote because you hope that regime change will make it possible, easier for actual change to happen, but most importantly, use social media and the alternative press to hold opposition politicians accountable.

Do not be cowed by apologists who would use “pragmatism” and all other types of intellectual, hypocritical legerdemain to justify their positions, and always support the positions of activists, politicians and writers who promote that much-maligned word - principles.

The alternative is that people actually think that by any means necessary means continuing living with a system that makes folks like Julian Tan leave the country and Zan Azlee worry about his child acceptable as long as it means PM Najib Razak is removed from office.

In that case, there is a fine line between pragmatism and a suicide pact.