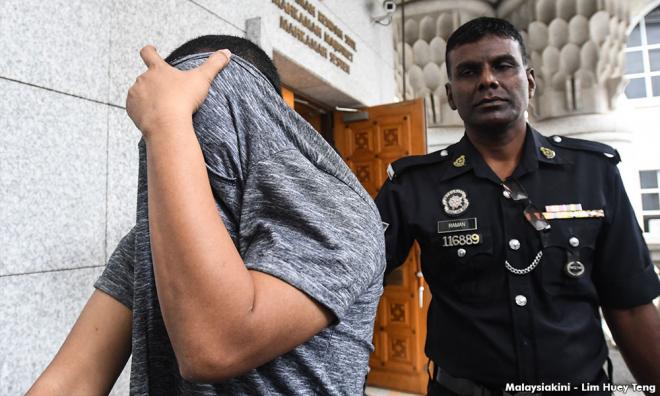 Litany of charges in incest, sodomy case takes hours to be framed, registered

A case involving a father who allegedly raped, sodomised and sexually abused his 15-year-old daughter in the past two years dragged on for hours due to the mountain of charges filed against him.

Proceedings were postponed to tomorrow morning after 182 charges from the 631 charges were read out today.

The man claimed trial to all charges.

Earlier, the man, a 36-year-old unit trust agent, arrived at the special court for sexual crimes against children in Putrajaya a few minutes before 9am this morning.

The man, clad in a dark grey T-shirt, kept his head low when he arrived. As he was led out from the court room during lunch break today, the man had his face covered with his shirt...