MALAYSIANSKINI | Mention the name Yasmin Ahmad and most Malaysians would fondly recall her series of Merdeka-themed television advertisements.

It has been eight years since the film director passed away. Her vision of a Malaysian family and society, as depicted on screens big and small, is sorely missed by all.

Another fond memory for many people is the likeable characters that Yasmin moulded, such as Orked, who were featured in three of Yasmin's movies - “Sepet”, “Gubra” and “Mukhsin”.

The character was inspired by Yasmin's own sister who goes by the same name.

Orked recalled how each and every project was a labour of love by Yasmin.

Despite having built her own 26-year career with a local bank, Orked said she never missed an opportunity to take part in Yasmin’s projects.

Yasmin’s very first television drama in 2003, “Rabun”, was produced as a present for their father, Ahmad Hashim, who at the time suffered from diabetic complications and had to be warded in an intensive care unit for two weeks.

The storyline itself revolves around the character Pak Atan - as her father is fondly known in real life - and his wife. It was inspired by her father’s quirky relationship with her mother Inom Yon, who passed away in April this year.

Yasmin’s father, like Orked, also helped contribute to her films, including writing the tune to "Keroncong Hujan", the song for the film “Mukhsin”.

“I would always play the piano and (Orked and Yasmin's) mom would be beside me... she would sing, but now she is no longer here so I can't," the 84-year-old Pak Atan said in response to urgings to replay the song.

Orked, 52, now shares her home in Subang Jaya with her father, husband Zakaria Ismail who is a paediatric surgeon, their three sons, and two cats, Solo and Tiger, whom she also referred to as her children. 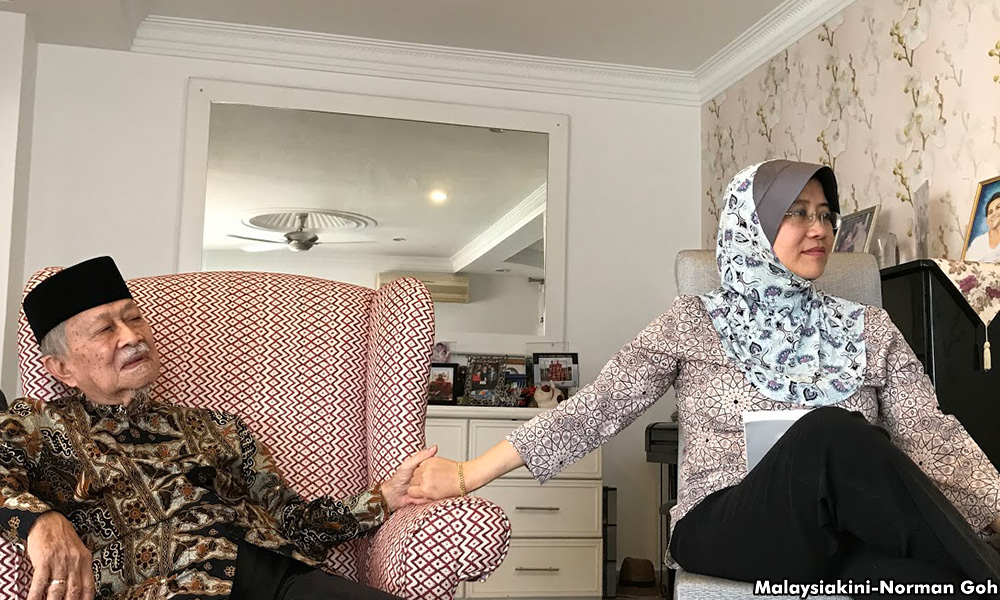 A soft-spoken woman, Orked spoke in a near whisper and at times held back tears as she recalled shared moments with Yasmin.

Here is Orked’s story in her own words:

THE CHARACTER "ORKED" IS BASED ON MY NAME. It is inspired by three people - my mother, Yasmin, and myself. So Orked in “Mukhsin” is actually how I used to dress, how I used to behave. I used to have long hair, I wore baju kurung with sneakers to school all the way to college. I used to fight with boys.

I used to be a tomboy lah. I climbed trees. But I did play masak-masak as well. I was very good at playing galah panjang. I used to beat all the boys.

THE CHARACTERS IN ALL OF YASMIN’S MOVIES ARE MOSTLY BASED ON OUR FAMILY. Abah (father) in the movies is really my own father’s character. He’s fun, he’s very relaxed, not so kancheong (harried) like Mak (mother). I think I inherited that trait — very kancheong, very loud.

Abah is the opposite. He’s very calm, very composed. He is needed in the family to keep everything stable.

To me, Yasmin made movies to make my parents happy.

"SEPET" WAS ACTUALLY YASMIN'S LOVE STORY. Why she chose to tell the story of her boyfriend is because she wanted to show what happened in real life - what happened during her teenage life, with what happened after that when she got married to a Chinese.

She wanted to show you could live happily even though you had different cultural backgrounds, beliefs, or religions.

SHE DID NOT EXPECT TO WIN MANY AWARDS. She said it was nice to win awards but she just made the movies to entertain our parents. So if people liked it, it was a blessing.

Little did she know that her movies would have a great impact.

OUR FAMILY LIFE WAS NOT ALWAYS ROSY. But Yasmin liked to portray a family that was perfect because she felt everybody wanted to have a perfect family. Happy, loving.

Life out there is so miserable anyway so why turn it into a miserable family movie when you have the power to have an idealistic family in your own movies? There are ups and downs but there is more fun than fear or hatred in our family life.

ALL FAMILIES HAVE THE SAME HOPES FOR THEIR CHILDREN. Same fears, same wants, same love…In the end, we are all the same. If we take away our race, skin colour, we think about the same things, we want the same things.

The singing as seen in her movies - we used to sing a lot to each other. But now, rarely, because the two singers (my mother and Yasmin) have passed away.

WE DEVELOPED AN INTEREST IN MUSIC WHEN WE WERE VERY YOUNG.Abah was a music lecturer. He used to play jazz, classical, Hindustan, love songs, P Ramlee songs, keroncong, ghazal, you name it. We knew the songs because Abah used to play them in the house. 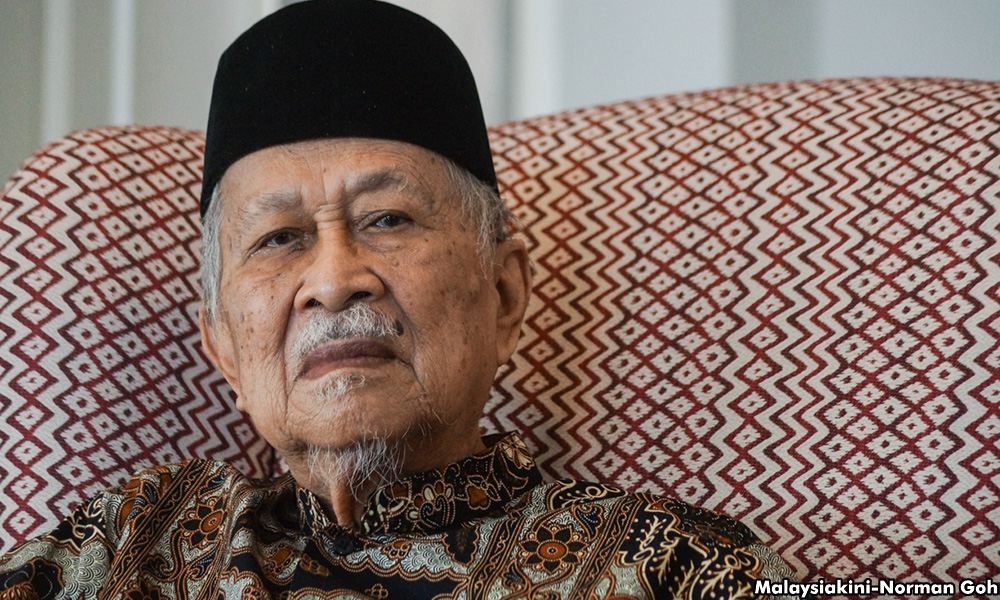 Abah liked to compose songs. He played the piano. He composed a lot of school anthems in Johor.

Abah used to sing a lot with Mak. Abah used to compose the songs and Mak would write the lyrics.

They sang nasyid, they sang all sorts of songs, duets…my father used to teach music in schools. All of us could sing.

Yasmin picked up the piano when we lived in Malacca. We could not afford a piano at that time so she frequented a place that had a piano. She used to take me to accompany her. She couldn’t read notes.

Though I had lessons with a piano teacher, I hated the lessons because the teacher used to beat my fingers since I couldn’t play very well. 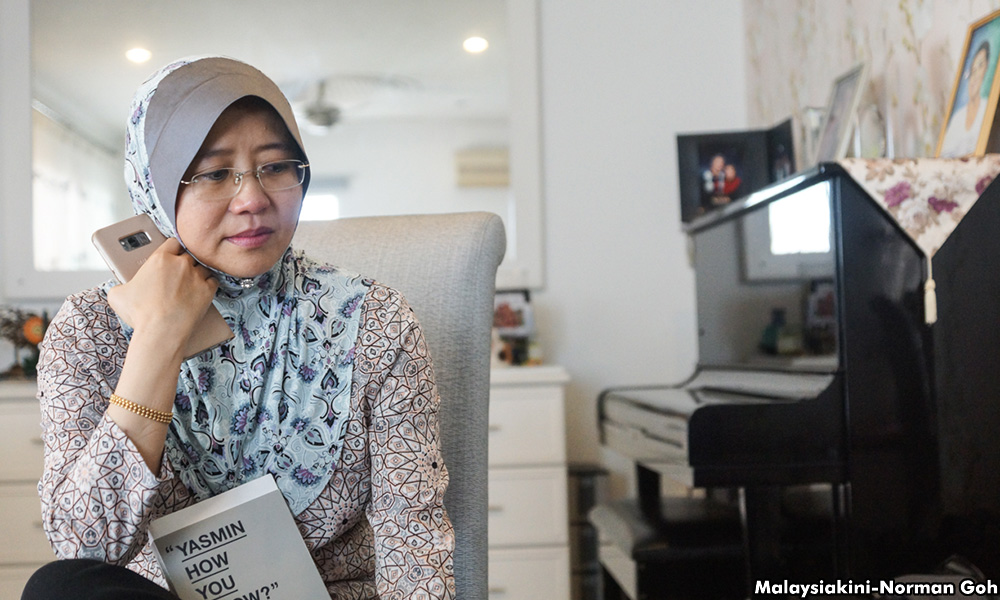 WE WERE VERY OPEN IN TERMS OF HAVING FRIENDS OVER. Even spending nights in the lounge. We would just hang out and talk until morning.

Yasmin had many friends from all walks of life, even friends from overseas. She would welcome them and then Mak would cook gulai or something, and they would try Malaysian food.

Whenever Yasmin went to another country, she would always have someone to look after her.

OUR PARENTS TAUGHT US TO NEVER FEAR THOSE ABOVE US. Don’t fear somebody rich or somebody in power. And don’t look down on anyone below. Treat them all the same.

Always be kind. Try never to say "no" when someone asks for help. Yasmin would never say "no". I try to be like her but it’s a tall order.

One characteristic I wish I could have is her bravery. She was very, very different. She was one hell of a human being. 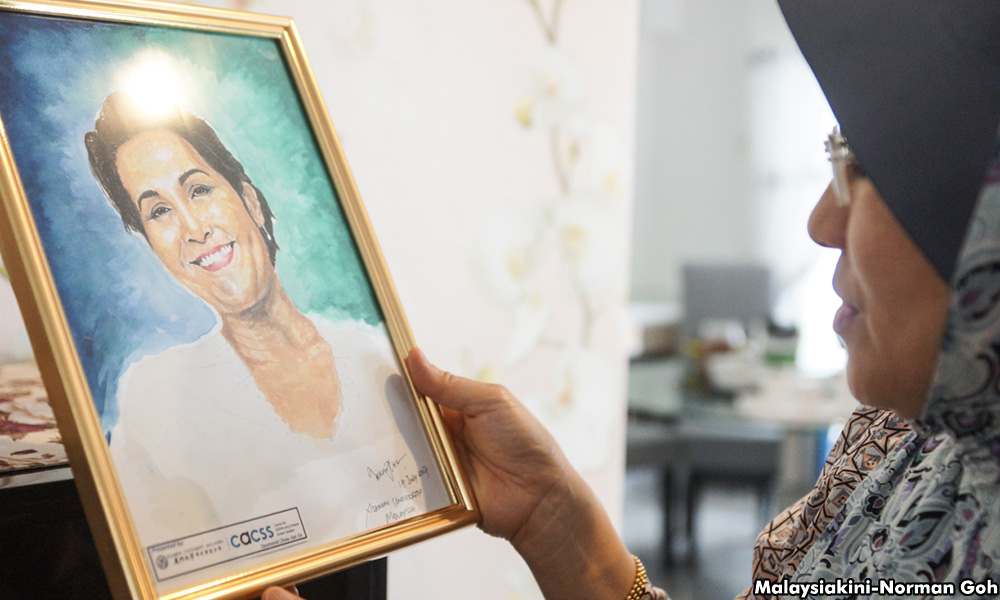 PEOPLE GOT TO KNOW MORE ABOUT MALAYSIA THROUGH “MUKHSIN”. I met Yasmin in Berlin for the (Berlin International Film Festival’s) official selection of “Mukhsin”.

We went to the biggest cinema in Berlin that could fit over 1,000 people in the audience. After the screening, we had a question-and-answer session. They really wanted to ask questions.

The questions they asked were simple but really touched Yasmin’s heart. They loved the scene where Orked and Mukhsin were sitting on a bench underneath a tree, with the mountains in the backdrop.

They asked, "Is your country like that? All green with red pebbles mountains?". Yasmin said, "Yes, that’s how we grew up". 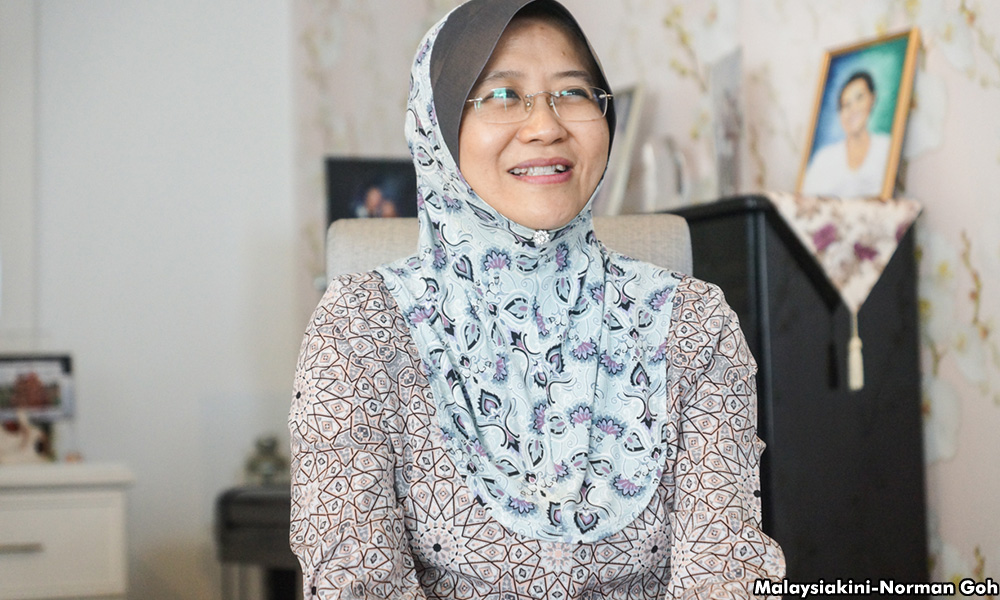