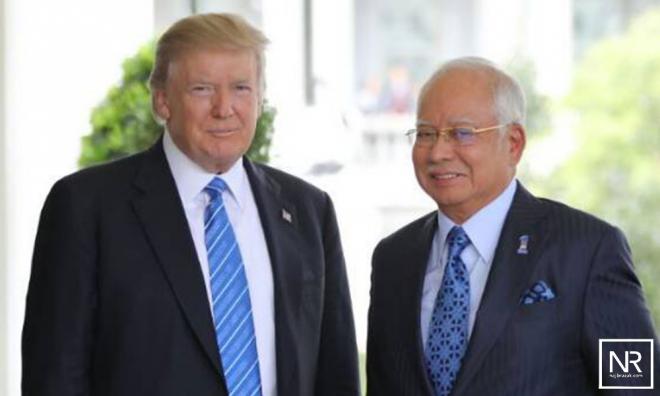 The following are remarks made by US President Donald Trump and Prime Minister Najib Razak at the White House Cabinet Room.

President Donald Trump: Thank you very much. It’s great to have the prime minister of Malaysia and his very distinguished delegation with us today. We’re talking about trade – very large trade deals. We’re working on one deal where between 10 and 20 billion dollars’ worth of Boeing jets are going to be purchased, General Electric engines will be purchased, and many other things.

Also, Malaysia is a massive investor in the United States in the form of stocks and bonds, and the stock exchange. And they have to be very happy because we’re hitting new highs on almost a weekly basis. And so we’re very proud of our stock market and what’s happened since I became president. So I congratulate you on those investments.

But I want to thank you very much for all of the investment you’ve made in the United States. Also, the prime minister has a major role in not allowing ISIS – or, as you say, Daesh – and others to exist. And he’s been very, very strong on terrorism in Malaysia, and a great supporter from that standpoint. So that’s a very important thing to the United States.

He does not do business with North Korea any longer, and we find that to be very important. We had a vote yesterday on sanctions. We think it’s just another very small step – not a big deal. Rex and I were just discussing – not big. I don’t know if it has any impact, but certainly, it was nice to get a 15-to-nothing vote. But those sanctions are nothing compared to what ultimately will have to happen. 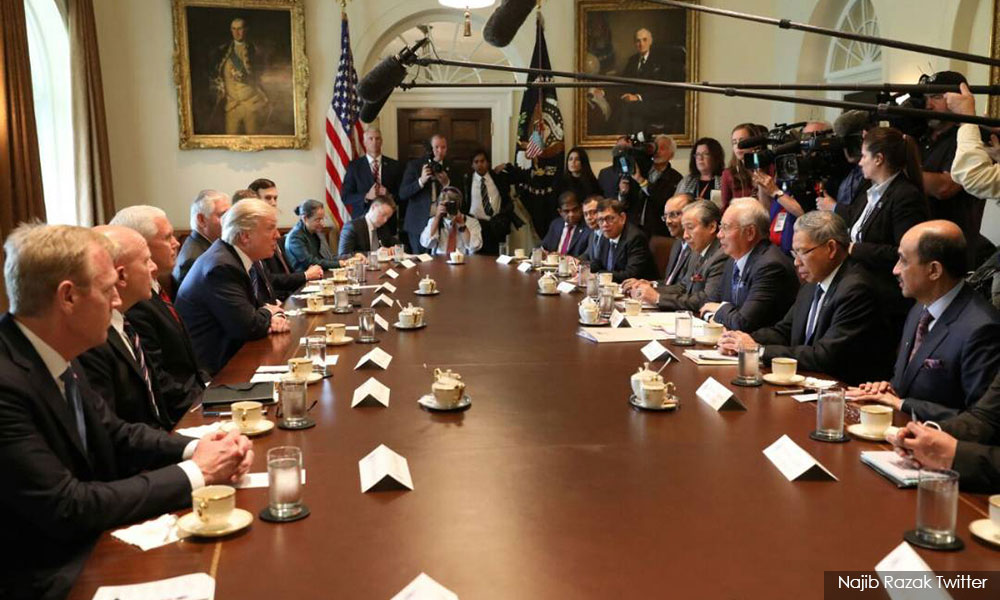 Prime Minister Najib Abdul Razak: Thank you very much, Mr President, for your invitation for me and members of my delegation to meet with you at the White House. I want to say that we come here with a strong value proposition to put on the table.

Number one, we want to help you in terms of strengthening the US economy. I come with three specific proposals. Number one, we intend to increase the number of Boeing planes to be purchased by MAS. We are committed to 25 planes of the 737 MAX 10, plus eight 787 Dreamliners. And there is a strong probability – not possibility – probability that we will add 25 more 737 MAX 10 in the near future. So within five years, the deal will be worth beyond $10 billion. That’s one. We will also try to persuade AirAsia to purchase GE engines.

Najib: Secondly, we have Employees Provident Fund, which is a major pension fund in Malaysia. They’ve got quite a big sum of capital to be exported. They have invested close to US$7 billion, in terms of equity, in the United States. And they intend to invest three to four additional billion dollars to support your infrastructure redevelopment in the United States.

Najib: And thirdly, our sovereign fund, Khazanah, they have an office in Silicon Valley. They have invested about $400 million, in terms of high-tech companies, and they intend to increase that investment as well.

Secondly, the other goal of your administration, Mr President, which is to make the United States safe – and with that, the world safe – we are committed to fight Daesh, IS, Al-Qaeda, Abu Sayyaf – you name it. They are the enemy of the United States, they are also the enemy of Malaysia, and we will do our part to make sure that our part of the world is safe.

We will also contribute in terms of the ideological warfare because you need to win the hearts and minds. And the key to it is to support moderate and progressive Muslim regimes and governments around the world, because that is the true face of Islam; that is the authentic face of Islam. The more you align with progressive and moderate regimes, the better it would be in terms of winning the hearts and minds of the Muslim world.

Najib: So, Mr President, thank you once again. The United States has always been our partner for a long, long time. And this year is our 60th anniversary of our relationship, and I hope that today’s meeting will make it even stronger in the years to come.

Trump: Thank you very much. Appreciate it.

Najib at White House for meeting with Trump

A lopsided meeting between Trump and Najib

Twitterjaya baffled by PM's pledge to 'strengthen' US economy

Unusual for Najib, Trump to meet while 1MDB under probe, says US official