“Why is Youth and Sports Minister Khairy Jamaluddin so afraid of Malaysiakini?”

That was the question posed by Damansara Utama assemblyperson Yeo Bee Yin, after Khairy’s aide asked a reporter from the news portal to leave his event yesterday.

“The act of asking the Malaysiakini reporter to leave the press conference was disrespectful not only to the individual reporter, but also to the media and media freedom in Malaysia as a whole,” she said in a statement today.

The reporter had been tasked to ask Khairy two questions: whether Umno Youth would suspend, pending investigations, the two Sabah Umno youth leaders recently arrested by MACC, as well as the minister’s view on Dr Mahathir Mohamad’s allegedly anti-Bugis remarks.

Yeo (photo) asked which of the two questions Khairy was afraid to answer. 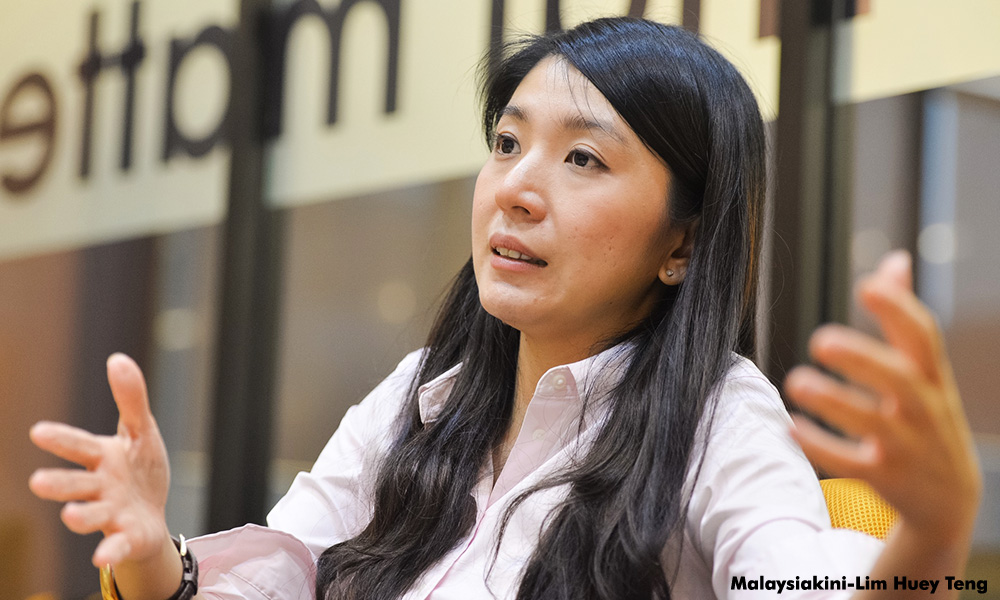 The order to leave the event came after his aide solicited questions from reporters before the press conference. The aide said that Khairy did not want to take questions from Malaysiakini, and that the reporter was not allowed to be there.

Yeo said if Khairy was worried that the news portal would falsely report his remarks, he should not have barred them from the press conference.

“He could actually file a suit against them, if that really happened. But was it for other reasons? Was it because he was afraid to defend the indefensible?” she asked.

Yeo remarked that Khairy only seemed to be enthusiastic for “rhetoric” like taking part in Transformasi Nasional 50 (TN50) dialogues, but “chickens out” when it comes to the “real tough questions”.

“Is such a cowardly act the best we can get from the Umno youth chief and youth minister?” she questioned.

As he is the “poster boy” for TN50, Yeo continued, Khairy’s barring of Malaysiakini offers a glimpse into a bleak future for media freedom in the country were BN to remain in power.

“I suggest Khairy apologise to Malaysiakini for such disrespect or he will prove himself to be the same as other Umno and BN old guards, except with a younger face,” she added.

"Is he really answerable to Malaysians or youths in Malaysia when he does not even want to answer questions from the media?

"Did Khairy assume Umno's way of controlling how Malaysians, especially rural voters, perceive them, as they did in the pre-internet age, still works?" he asked.