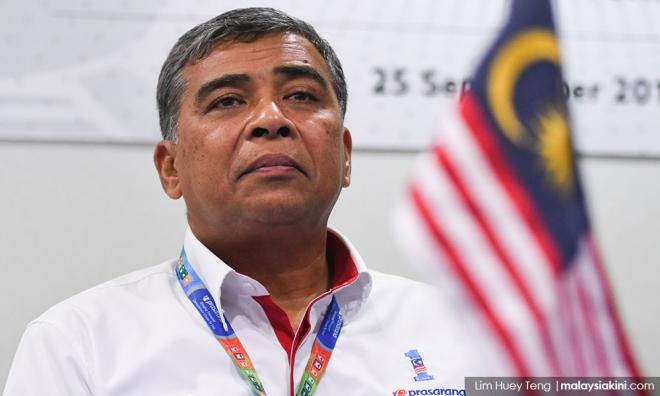 Khalid Abu Bakar has confirmed that he has resigned as the chairperson of national public transport firm Prasarana Malaysia Bhd.

He told Sin Chew Daily that he submitted his resignation letter on July 17 and is now "jobless".

The Najib Abdul Razak-administration had appointed Khalid as the chairperson of Prasarana's board on Sept 5 last year, a day after the latter retired as inspector-general of police.

Khalid is the latest in a long list of resignations or removals from key government agencies and GLCs since Pakatan Harapan formed the federal government.

In a related development, The Edge Financial Daily reported that Prasarana president and group chief executive officer Masnizam Hisham may be departing from the company as well.

Masnizam has served Prasarana for 12 years and had headed many key positions.

The newspaper reported that Masnizam's resignation was "inevitable", citing sources, because Prasarana had attempted to seek additional funding from the government for the construction of the LRT3.

In 2015, the Najib administration had claimed that LRT3 would cost the government only RM9 billion.

However, the current administration said that in March, Prasarana had informed Putrajaya which was then still under the Najib administration, that the actual cost for the project was RM31.45 billion and sought the government to back a bond issuance to the tune of RM22 billion.

Prime Minister Dr Mahathir Mohamad's cabinet has resolved that Prasarana must now pare down the project cost to RM16.63 billion.