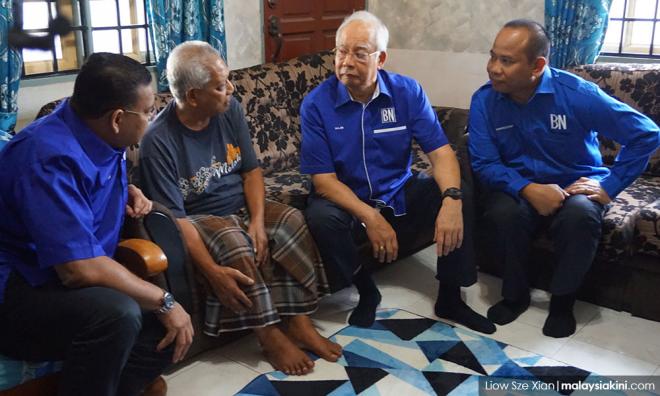 Former prime minister Najib Abdul Razak urged Sungai Kandis voters to back BN in order to have a strong opposition in the Selangor legislative assembly.

PAS members and supporters in Sungai Kandis are in two minds over who they should back for the by-election today, although the party has told them to vote anyone but PKR.

Pasir Salak MP Tajuddin Rahman has urged voters to not support a "Christian-led” Pakatan Harapan government on the of the Sungai Kandis by-election.

BN has decided to stay out of the upcoming Seti Setia by-election to make way for PAS.

Fiber optics manufacturer Opcom Group, which is chaired by the current prime minister's son, believes there would be no conflict of interest if it bids for projects from government-linked companies.

A think-tank has urged Putrajaya to learn from the 1MDB episode and not allow politicians to helm GLCs such as Khazanah Nasional.

Gerakan legal and human rights bureau head Baljit Singh the public would not begrudge Pakatan Harapan if it decided to stick with GST.

In an interview with Malaysiakini, PAS deputy president Tuan Ibrahim Tuan Man said there was more freedom of speech now, but people are abusing it to undermine Islam.

The Sungai Kandis by-election will take place today after a two-week long campaign. Malaysiakini will provide live coverage of the results this evening.