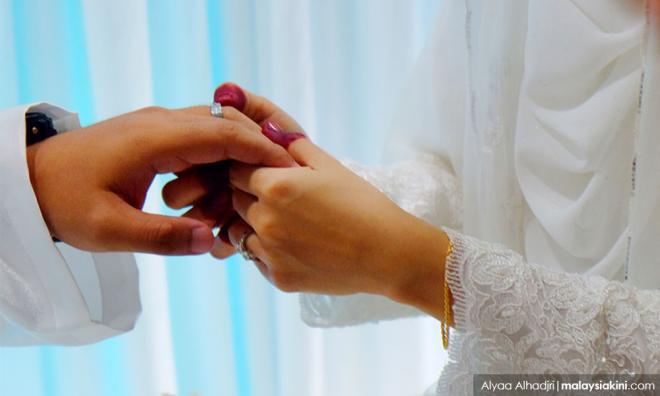 Underaged Muslim girls deserve to be protected by the law, too

COMMENT | It was reported yesterday that the Deputy Prime Minister Dr Wan Azizah Wan Ismail made a shocking statement in relation to the second child bride case that recently has come to light.

According to the report, she said that the 15-year-old bride “consented’” to the marriage and that upon the findings of the Social Welfare Department, “the marriage was based on ‘mutual liking’ between the minor and the 44-year-old man”.

So far, there has been no correction to what has been reported, suggesting that the reporting is indeed accurate.

Such a stand taken by the deputy prime minister is unacceptable and strongly condemned.

This case comes shortly after a similar case that was reported just three months ago.

Syariah law in this country allows for the marriage of girls under the age of 16. This deplorable practice can no longer be allowed to continue but thus far, the government has failed to adequately address the issue.

Such a practice is nothing but the back-door legalising of paedophilia in this country.

To suggest that the 15-year-old willingly consented to the marriage, thus making it acceptable, shows startlingly ignorance of not only the emotional and physical strain on a child but it also clearly demonstrates ignorance of the fact that in Malaysia, the legal age for consent for sexual intercourse is 16.

The law in the Penal Code, which applies equally to Muslims and non-Muslims in this country, is designed to protect girls below the age of 16, in that they cannot consent to sex. Any sexual intercourse with a girl below the age of 16 is (statutory) rape.

Should Muslim girls under the age of 16 not be given equal protection under the law?

How many more child marriages must come to light before this government will act?

Further to suggest that “there was little the government could do” in view of the fact that each state legislates its own syariah law, is shockingly unacceptable.

The Pakatan Harapan is in power in eight out of 13 states in this country. There is nothing stopping Harapan-led states from tabling motions to make the necessary amendments to the syariah law in each of those states.

It could not be clearer that the government simply lacks the political will to do it.

Was it not a Harapan pledge to put an end to child marriage? Did we not pledge to introduce a law that sets 18 as the minimum age for marriage?

The current administration must not be allowed to renegade on this fundamental pledge.