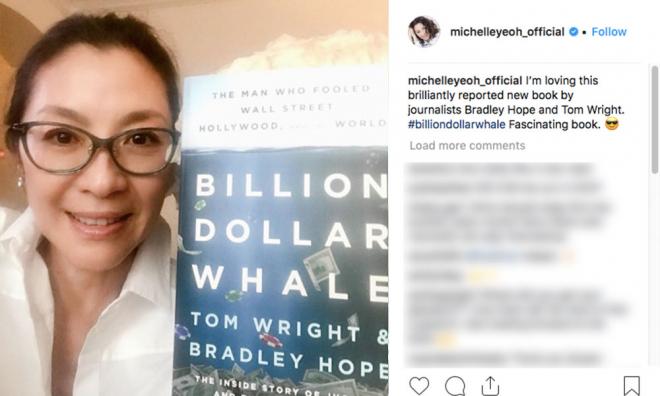 Malaysia's own actress Michelle Yeoh will be teaming up with Ivanhoe Pictures, the producer of hit comedy Crazy Rich Asians to produce a movie on the newly launched Billion Dollar Whale: The Man Who Fooled Wall Street, Hollywood, and the World, the exposé on fugitive businessperson Jho Low.

This comes after Ivanhoe Pictures, of SK Global television and film company, purchased the rights to the book, co-written by Wall Street Journal reporters Bradley Hope and Tom Wright.

"Iconic actor-producer Michelle Yeoh, who recently pacted with Ivanhoe Pictures, will also produce the project under her new deal with the company," said a statement dated yesterday.

Meanwhile, Wright was quoted as saying that he was thrilled at the partnership "to bring the incredible story of Jho Low, a modern-day Gatsby, to the screen".

Wright, who was in Malaysia on Tuesday to promote the 400-page book, had teased that a movie deal was in the works but declined to provide details.

The book is already on several bestseller lists, with a Bahasa Malaysia version expected to be launched in November.

Crazy Rich Asians, starring Yeoh and set in Singapore, meanwhile, has grossed millions worldwide since its release in cinemas last month and is touted as one of the highest-grossing romantic comedies of all time.

Yeoh recently praised the Billion Dollar Whale book and uploaded a photo of her holding it up on Facebook. However, this solicited criticism on Twitter, with netizens pointing out that the international award-winning actress, who hails from Ipoh, had openly expressed her support for former prime minister Najib Abdul Razak in 2013. 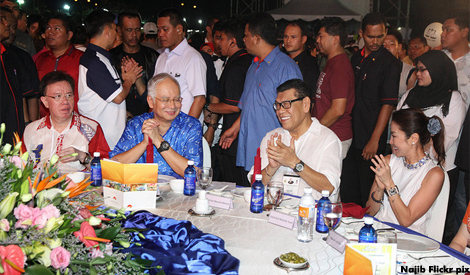 “I hope from the bottom of my heart that he will remain as the prime minister and I ask all of you to give him a strong mandate," she reportedly said at the time.

Najib is facing multiple charges of abuse of power and money laundering in relation to 1MDB, while Billion Dollar Whale details the involvement of financier Low in allegedly syphoning off billions of dollars from the beleaguered state investment fund.

Wright had since suggested that while Najib treated 1MDB as a political slush fund where millions were used for the benefit of his party and family, he, however, had left the running of the show to Low.

The author claimed Najib was nonetheless unaware that Low, whose real name is Low Taek Jho, had been taking a vast amount of money from the fund.

The book details, among others, Low's penchant for lavish spending and claims that, once on the lam from authorities, he had been hiding out on his superyacht Equanimity, as well as in Bangkok and Hong Kong.

Najib and Low have consistently denied any wrongdoing, despite 1MDB being investigated by authorities in several countries, including Malaysia, Singapore, United States and Switzerland.

Low had reportedly tried to block the distribution of Billion Dollar Whale by sending threatening letters to bookshops around the world.