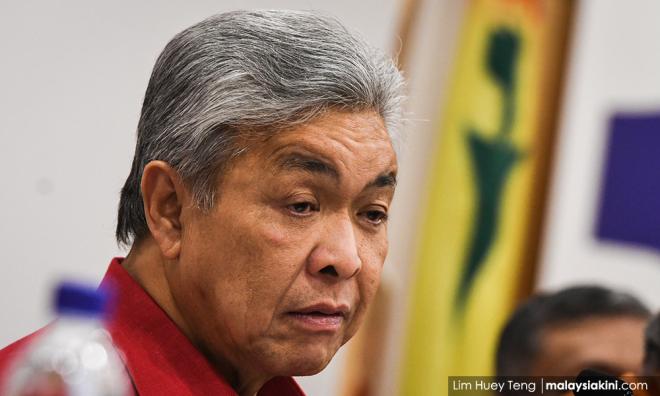 Shares of construction giants MMC Corporation Bhd and Gamuda Bhd dropped in value following the government’s announcement that their contract to build the underground portion of the MRT2 project has been terminated, due to disagreements on plans to bring down its cost.

Sources told Malaysiakini that Putrajaya would have to pay about RM16.71 billion in compensation for the cancellation, with the total amount still being finalised and the project to be re-tendered in two or three months.

MMC Gamuda said a re-tender would invariably see the project go to foreign companies and local jobs lost, and argued that continued negotiation and a review by an international consultant is the best way to achieve cost savings.

Umno president Ahmad Zahid Hamidi has been summoned by the Malaysian Anti-Corruption Commission (MACC) for questioning on Wednesday, his third time since the 14th general election.

A source told Malaysiakini that Zahid may be charged over the alleged misappropriation of a foundation's funds on Thursday.

Meanwhile, Zahid asked his supporters not to gather outside the MACC headquarters, and said he is merely providing a statement to the MACC.

Several lawyers have expressed disappointment with Prime Minister Dr Mahathir Mohamad’s stance on the Sedition Act 1948, some saying that there should have been at least a moratorium on its enforcement.

This came after Mahathir said it would take time for the government to deliver its promise to repeal the law, and the police would continue to enforce the Sedition Act in the meantime.

In an analysis, Malaysiakini finds that Pakatan Harapan’s Port Dickson by-election candidate faces several challenges in securing a convincing victory, such as in drawing outstation voters to return to vote.

A major UN report on climate change says it is still possible to keep global temperature increase below 1.5 degrees Celsius and stave off the worst effects of climate change, but this would mean making rapid, unprecedented changes in the way people use energy to eat, travel and live.

The World Health Organisation has lauded Malaysia for eliminating mother-to-child HIV and syphilis transmission as a public health concern – the first country in the Western Pacific region to achieve this.

Audit firm PricewaterhouseCoopers is expected to give a briefing on its former client 1MDB to the Public Accounts Committee (PAC) today.

Several ministers, senior civil servants and corporate leaders will be speaking at the “Malaysia: A New Dawn” conference today, including Mahathir and Anwar.

Transport Minister Anthony Loke will be visiting the Monorail depot in Kuala Lumpur, after having recently inspected the LRT Kelana Jaya Line.