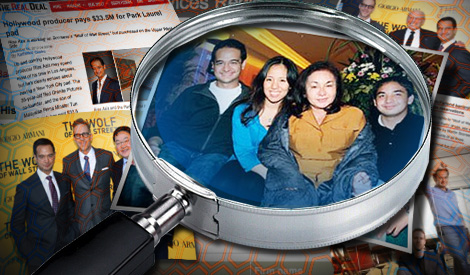 Najib apologises, says he was concerned for his family

Najib Abdul Razak has apologised for losing his cool during an interview with Al Jazeera for its 101 East programme this morning.

The former premier said he was concerned for his wife, Rosmah Mansor, and sons, Norashman and Riza Aziz, who were being questioned by the police at the same time.

"Yes, there was an interview with Al Jazeera this morning which started at 10:30am which is the same time when my wife, my son and my step-son were being questioned by the police all at once.

"Although the interview went beyond our agreed schedule and beyond the scope which we had agreed on, I was happy to answer those additional questions," he told Malaysiakini.

However, Najib said the interviewer Mary Ann Jolley, who was previously responsible for a programme on the murder of Altantuya Shaariibuu, had persisted on the topic.

"A topic which I had denied involvement many times over the past decade, a murder which has gone through multiple court hearings and a murder which, two weeks ago, I had asked my associate to make a formal report to the police, asking them to investigate again to clear my name.

"I hope Al Jazeera takes this into account and no longer involves my name in this tragic loss of a young mother as it is simply not true that I was involved despite all the admittedly well-designed, politically-motivated propaganda to link (it to) me.

"That topic, together with the concern about my family, did get me worked up and I lost my cool for a moment," he added.

However, Najib said he believes that he managed to get his views across and considers it to be a good interview.

"Although there were several occasions where Mary Ann repeatedly questioned me despite me having already answered her earlier, overall I believe I managed to get my views across as truthfully as I could.

"I consider it a good interview that can help the world understand more about the 1MDB issue from my perspective and to help clear my name.

"I wish to thank Al Jazeera for the interview and apologise if I had lost my cool. I will not hesitate to say yes should they want to interview me again," he added.

In a press release earlier, Al Jazeera said Najib had "lost his cool" several times during the hour-long “grilling”.

The news organisation also said the former premier was "visibly irritated" when quizzed on the 22-carat pink diamond linked to the 1MDB affair.