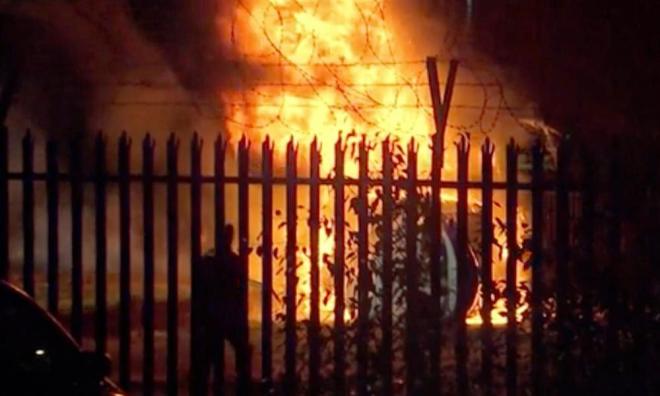 Leicester City owner, four others, were on crashed helicopter - source

Leicester City soccer club owner Vichai Srivaddhanaprabha, a Thai tycoon, was among five people who were in a helicopter which crashed in a ball of flames after a Premier League match on Saturday, a source close to the club said.

Also on board were one of Vichai's two daughters, two pilots and a fifth person whose identity was not immediately known, the source said on Sunday.

There were no confirmed details on whether anyone on board survived, the source said.

Vichai, a father of four and the founder of duty-free giant King Power International, is a huge favourite with the fans after he bought the unfancied side from central England in 2010 and they went on to stun the soccer world by winning the Premier League title in 2016.

In Thailand, officials at King Power said they could not yet comment on the crash or say whether Vichai had been aboard when it spiralled out of control and crashed around an hour after the game. The club has not commented on that publicly.

The helicopter crashed just yards from the pitch in the club's car park. Team manager Claude Puel was not on the helicopter, the source said.

According to witnesses, the helicopter just cleared the top of the stadium before it started to spin. It then plummeted to the ground and burst into flames.

John Butcher, who was near the stadium at the time of the crash, told the BBC his nephew saw the helicopter spiral out of control apparently due to a faulty rear propeller.

“Within a second it dropped like a stone to the floor... Luckily it did spiral for a little while and everybody sort of ran, sort of scattered. As far as we are aware nobody around the car park was caught up in this problem.” 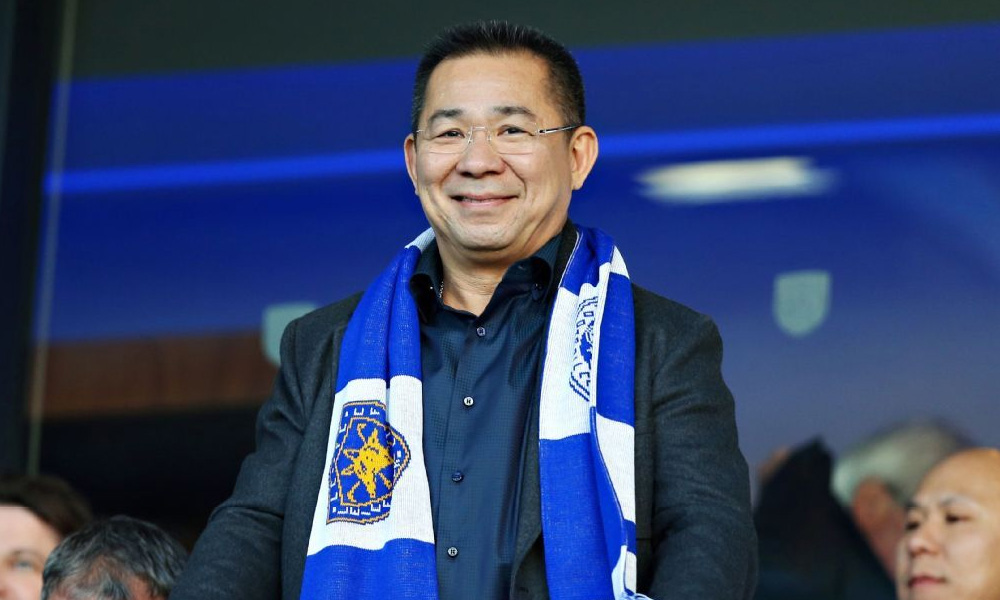 In Thailand, officials at King Power said they could not yet comment on the crash or say whether Vichai had been aboard.

Vichai is a huge favourite with the fans after he bought the unfancied side from central England in 2010 and they went on to stun the soccer world by winning the league title in 2016.

According to Forbes magazine, he is the fifth richest person in Thailand with an estimated net worth of US$4.9 billion.

Leicestershire Police said a team from the Department for Transport’s Air Accidents Investigations Branch had taken charge of the investigation into the cause of the crash.

After pumping millions of pounds into the club, he helped steer them back into the top flight in 2014 before they stunned the sport by beating the likes of Manchester United, Liverpool and Chelsea to become champions of England.

Leading players in the side, including Jamie Vardy and Harry Maguire, sent messages of support on Twitter while rival clubs including Manchester City also voiced their concern.

The thoughts of everyone at Manchester City are with all those at @LCFC following the incident after tonight’s match at the King Power Stadium.

Freelance photographer Ryan Brown was covering the game and saw the helicopter clear the stadium before it crashed, the BBC reported.

“Literally the engine stopped and I turned around, and it made a bit of a whirring noise,” Brown told BBC Radio 5 Live. “It turned silent, blades started spinning and then there was a big bang.”

Leicester had played a league match at home against West Ham United earlier on Saturday, drawing 1-1.

The duty-free business got a big boost in 2006 when it was granted an airport monopoly under the government of then prime minister Thaksin Shinawatra, and it continued to prosper even after Thaksin’s ouster in a coup that year.