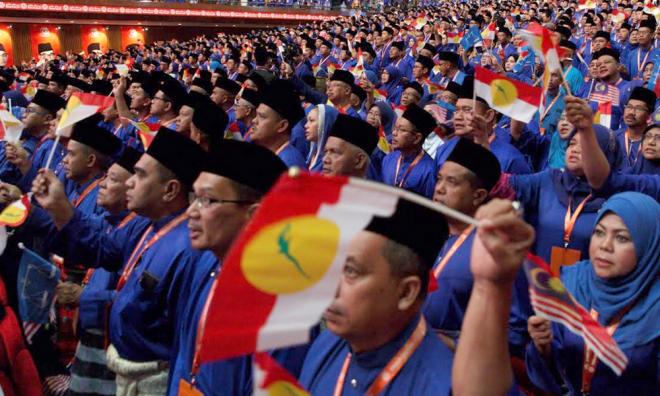 Yoursay: Umno’s biggest enemies are the ones within the party

YOURSAY | ‘Nobody wants you to die ... live and becoming a strong opposition to keep an eye on Harapan.’

Hope: The image of Umno has hit rock bottom now, with both their president and ex-president being charged with various money-related crimes.

At this moment, it is important for Umno to realise who are the actual elephants in the room. The sooner Umno acknowledges that, the sooner they can re-group and move on.

If Umno doesn't clean house now, and distance itself from its corrupt leaders, Umno is going to be destroyed, and not by Pakatan Harapan, but by its own leaders, the enemy within.

Why It Happens: It is true we need to fight a common "enemy". But in most cases, the enemy is within.

One thing is for sure - if the few of the Umno leaders continue to talk arrogantly, it is enough to cause a downfall.

If they continue blaming everyone else without addressing the issues seriously, it will bring more pain to the party.

Most of the time, the problem is due to the interest of a few people. Just admit, repent and change - stop pointing fingers.

L Charlie: In politics, one most not "fight the enemy", to become the government. Who is your enemy? Is the rakyat your enemy?

Instead, one should convince the rakyat that you have a better policy to govern the country.

Nobody wants you to die, not DAP, not Bersatu, not PKR. In fact, I want you to live and become a credible and strong opposition to keep an eye on Harapan.

But without a clear alternative thinking policy, natural death will await you.

Kennchan: Umno supreme council member Ahmad Maslan, the next one on the card could be you.

Goldee: I remembered Umno told then Penang chief minister Lim Guan Eng to to resign when he was charged with corruption.

Now they sing a different tune just because their own people are charged for the same offence. Bloody hypocrites and they think they are still the lords.

Pagi Petang Malam: If Umno president Ahmad Zahid Hamidi has "sincerity" in his dictionary, he should have done that right after GE14 and not only now.

Significantly, he feels threatened by the possibility of losing everything. He is doing it clearly for his own benefits and not for Umno.

Newday: Indeed, why start in Terengganu? You lost a vast majority of your voter base in the rest of the country.

Actually, why start at all? Are you hoping to start some sort of dodgy people’s revolution led by Umno supreme council member Lokman Noor Adam to unseat the legitimate government of Malaysia?

You do realise Zahid, that anything you say to the locals will be met with some scepticism, due to the now TV and radio news gleefully reported all your charges.

Or, as I suspect, you will be preaching to the piously blinded who will lap your every wisdom regarding religion, race and the rulers.

Thick skins like you don't seem to understand "shame"

Bob the Builder: When will Malay rulers strip off this disgraceful man’s titles since one of them already did that to former premier Najib Abdul Razak?

Dont Just Talk: To win GE15 under a president who has been charged with 45 criminal charges and claiming that it is a test from Allah is like PAS president Abdul Hadi Awang dreaming to be the prime minister of Malaysia.

Quigonbond: Roadshow or no roadshow, the message is always the same. Race, religion and king under manufactured threat.

Umno is no better than C-grade movie makers, which is sad for Malaysia because that's not the kind of opposition we want.

We want an opposition with technical prowess, able to poke holes into figures and statistics. We want the opposition to fight on general moral principles of honesty and consistency.

How to win back federal government with just strident tone and juvenile content?

Anonymous_1538808416: It is a good initiative but with Zahid at the helm, it will not gain momentum.

The support for Umno dwindled due to systemic corruption and how do you expect to gain supporters' trust if the party leader himself is corrupted?

Zahid should heed the call for him to take leave amid corruption scandals and retire from politics if he wants to ensure Umno's survival.

Winning GE15 with Zahid at the helm is just wishful thinking.