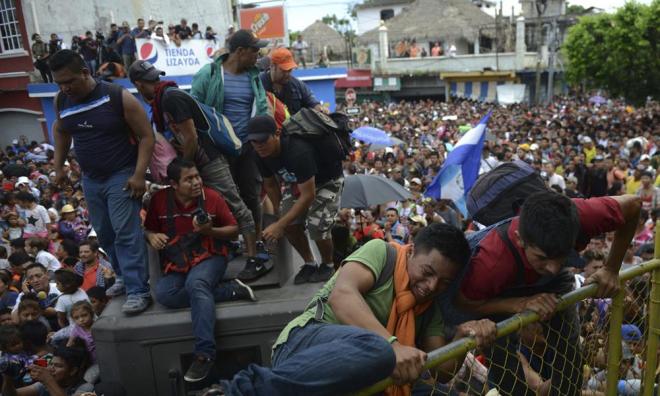 US-bound migrants cross into Guatemala, others clash at border

A new group of migrants bound for the United States set off from El Salvador and crossed into Guatemala on Sunday, following thousands of other Central Americans fleeing poverty and violence who have taken similar journeys in recent weeks.

The group of more than 300 Salvadorans left the capital San Salvador on Sunday. A larger group of mostly Hondurans, estimated to number between 3,500 and 7,000, who left their country in mid-October and are now in southern Mexico, has become a key issue in US congressional elections.

A third group broke through a gate at the Guatemala border with Mexico in Tecun Uman on Sunday, and clashed with police.

Local first responders said that security forces used rubber bullets against the migrants, and that one person, Honduran Henry Adalid, 26, was killed.

Six police officers were injured, said Beatriz Marroquin, the director of health for the Retalhuleu region.

Guatemala's government said in a statement that it regrets that the migrants didn't take the opportunity of dialogue and instead threw stones and glass bottles at police.

US President Donald Trump and his fellow Republicans have sought to make immigration a major issue ahead of Nov 6 elections, in which the party is battling to keep control of Congress.

Homeland Security Secretary Kirstjen Nielsen on "Fox News Sunday" said Trump was determined to use every authority he had to stop immigrants from crossing the border illegally.

"We have a crisis at the border right now... This caravan is one iteration of that but frankly we essentially see caravans every day with these numbers," she said.

"I think what the president is making clear is every possible action, authority, executive program, is on the table to consider, to ensure that it is clear that there is a right and legal way to come to this country and no other ways will be tolerated," Nielsen added.

Trump has threatened to shut down the border with Mexico and last week said he would send troops. On Friday, Defence Secretary Jim Mattis authorised the use of troops and other military resources at the US-Mexico border.

By Sunday evening, hundreds of the Salvadorans had crossed the border into Guatemala, having walked and hitched rides in pickups and on buses from the capital.

They organised using social networks like Facebook and WhatsApp over the last couple of weeks, inspired by the larger group in Mexico. 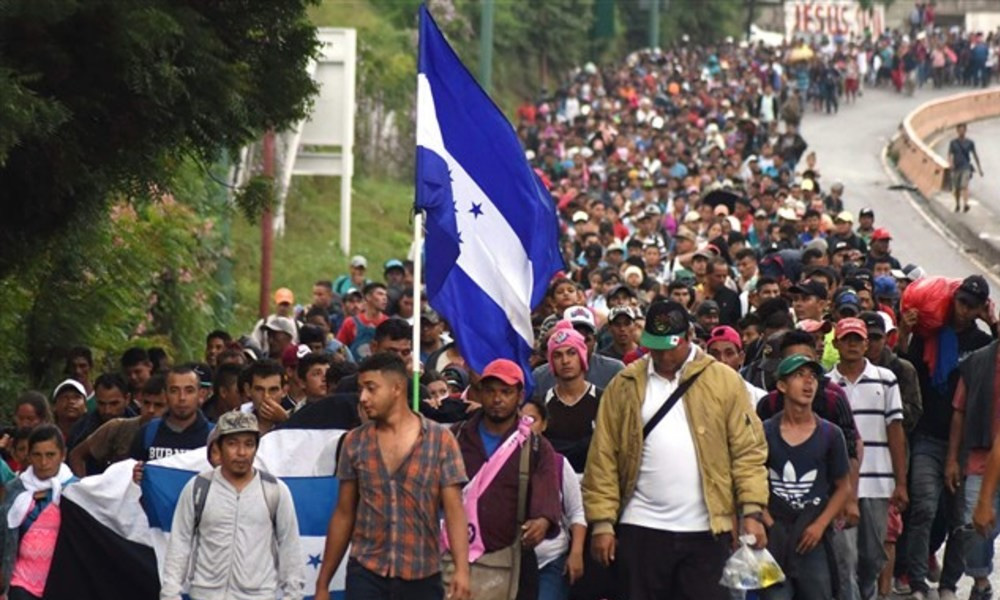 Salvadoran police travelled with the group, who carried backpacks and water bottles and protected themselves from the hot sun with hats.

Several migrants, gathered by the capital's "Saviour of the World" statue before leaving, said they were headed to the United States.

El Salvador's left-wing government said it had solidarity with the migrants and respected their right to mobilise, but urged them not to risk their lives on the way.

In Mexico, the original group of Hondurans, exhausted by constant travel in blistering heat, spent Sunday resting up in the town of Tapanatepec, Oaxaca, planning to head north on Monday.

"It's far... the farthest yet," said Honduran Bayron Baca, 26, pulling open a map that Red Cross volunteers had given him in a medical tent.

Dozens took dips in a nearby river to refresh themselves from the trek, which has covered an average 48km a day.

An estimated 2,300 children were traveling with the migrant caravan, Unicef said in a statement, adding that they needed protection and access to essential services like healthcare, clean water and sanitation.

Eduardo Grajales, a Red Cross volunteer in Arriaga, Mexico, attending to migrants on Friday night, said the worst case his colleagues had seen that day was of a baby so badly sunburned from the tropical heat, he had to be hospitalised.