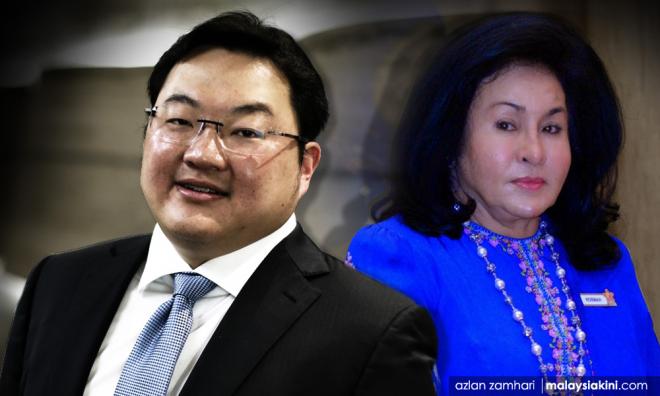 Cakes. That was the code fugitive businessperson Jho Low allegedly used to describe bribes intended for the wife of "Malaysian Official 1" (MO1), according to the US Department of Justice (DOJ).

In its charge documents on banker Goldman Sachs' dealings with Jho Low, the DOJ claimed that Goldman executive Tim Leissner had attempted to secure a role in a proposed initial public offering (IPO) of 1MDB's energy assets.

It alleged that "in an online chat between Low and Leissner in 2014, Low and Leissner discussed the need to 'suck up' to a 1MDB official and to send 'cakes', or bribes, to a person believed to be the wife of MO1.

"A few months after this chat, a bank account owned and controlled by Leissner and his relative was used to transfer approximately US$4.1 million to a high-end New York jeweller, in part, to pay for gold jewellery for the wife of MO1," it added.

The court documents further stated that: "On or about June 2, 2014, ...the defendant Jho Low discussed, via electronic chat, efforts to win a position for US Financial Institution #1 in the 1MDB Energy IPO, including the need to 'suck up' to 1MDB Official #2 and to send 'cakes', referring to bribes, to 'madam boss'.

"In prior email correspondence, the defendant Ng, Low and co-conspirator #1 referred to the wife of MO1 as 'the Madam'."

Jho Low was alleged to have asked for money to be transferred from a shell account directly into the account of another company incorporated in the British Virgin Islands so that a co-conspirator could "settle madam cakes 2".

Describing cakes as bribes was not the first time Jho Low had reportedly used baked goods as codewords.

According to the Wall Street Journal, the fugitive businessperson had previously described US$681 million diverted from 1MDB into Najib's accounts as "681 American pies".

Najib insists that the US$681 million was a donation from the Saudi royal family, of which he later returned US$620 million.

However, the DOJ claimed that the funds originated and were returned to accounts controlled by Low.

The DOJ further claimed that a portion of the returned funds was used to buy Najib's wife, Rosmah Mansor, a US$27 million pink diamond necklace - which was also mentioned in its charge documents against Jho Low and Goldman.

It stated that in September 2013, "at Low's request", a high-end New York jeweller met with Low, MO1 and the "wife of MO1" at a hotel in New York "to show a pink diamond necklace that the jeweller had designed for MO1's wife".

The DOJ added: "Approximately three weeks earlier, the pink diamond necklace was purchased using approximately $27.3 million, which funds were sent from a shell company beneficially owned and controlled by Low and other co-conspirators."

Najib, in an interview with Al-Jazeera last week, said the pink diamond was a gift from UAE Deputy Prime Minister Prince Sheikh Mansour Zayed, but that Rosmah did not receive it.