Prime Minister Dr Mahathir Mohamad today expressed hope to see Japanese universities having branches in Malaysia to enable Malaysian students to not only be exposed to Japan’s education system, but also to learn its culture.

He said Malaysia had sent many students to Japan and they contributed much to Malaysia, but the rising costs had made it very difficult to send more students.

“As you know, we have Australian and American universities in Malaysia, but no Japanese university,” he said in his commemorative speech after being conferred an honorary doctorate by Tsukuba University at its Tokyo campus today. 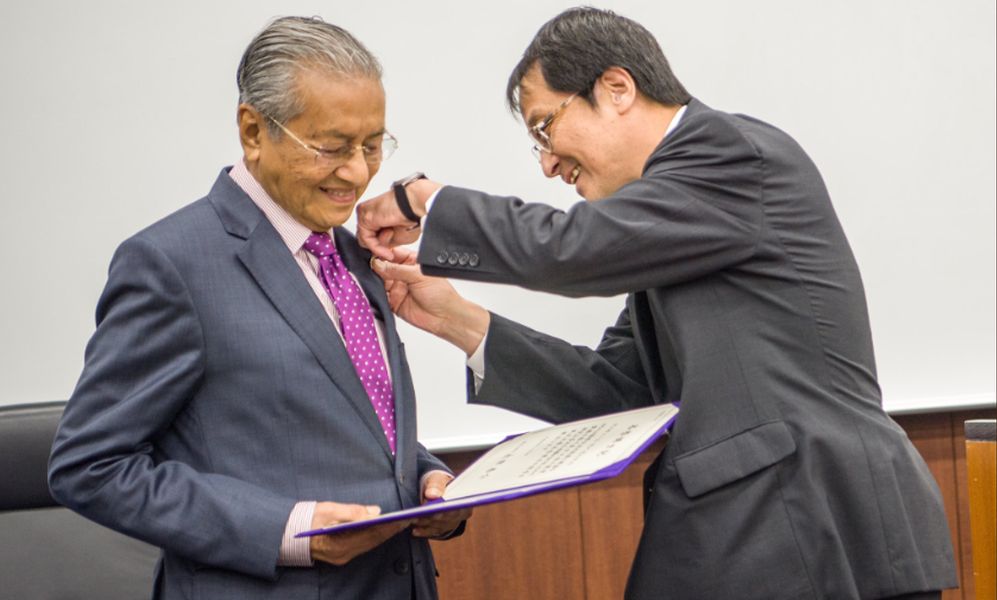 The doctorate was conferred by the university’s President Prof Kyosuke Nagata.

He is on the first day of a three-day working visit to Japan. The highlight of the visit is the conferment of ”The Grand Cordon of the Order of the Paulownia Flowers” by the Emperor of Japan tomorrow at the Imperial Palace.

Mahathir said it was important to have Japanese universities in Malaysia so that Malaysians could learn not just the knowledge, but also the Japanese character or value system and work ethics.

“Under the Look East Policy, we sent lots of students to study here, and even to work here in order to learn about Japanese work ethics and value system. Without a value system, we never make progress even with good education. We have also introduced the Japanese system of education at Universiti Teknologi Malaysia.

“Coming to Japan, of course, used to be quite cheap, but when the yen value was pushed up by three times, it became very expensive to send students here,” he said.

Mahathir said he hoped that Tsukuba University would consider the idea of branching out to Malaysia.

“This would enable more Malaysian students to study because the cost would be much lower. Malaysia can become the centre for other people in the Asian region to study at a Japanese university without coming here (Japan). These people are poor. Cost of living in Japan is high. 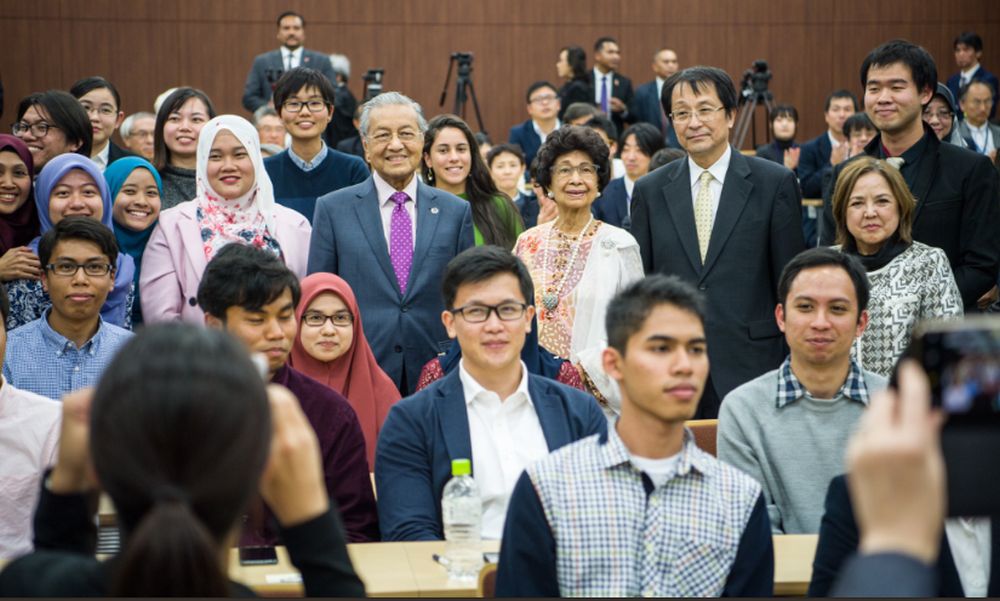 "I hope this university would eventually have a branch in Malaysia, teach in the Japanese language, teach Malaysians about Japanese culture,” he said.

Besides Tsukuba University, the prime minister will also visit Toyo University on Wednesday and his visit to these universities is part of Malaysia’s effort to attract Japanese universities to set up overseas branches in Malaysia.

Mahathir said he was always interested in education as he believed it would enable a country to develop more quickly.

“But mere knowledge is not enough ... we need good character. If you have good knowledge but bad character, the results might be bad. You might apply the knowledge in a way not beneficial to you nor the country.

“It is important when acquiring knowledge, we also acquire the right character, that gives positive results. And I noticed this in Japan, the character of the people contributed much to the progress (of the country),” he said.

The prime minister said he could not find the attitude of Japanese people in many countries including Malaysia.

On the "Look East Policy" that he introduced in 1982 with the principal goal to shift the focus of relation from the West towards the new rising Asia, specifically Japan, and help drive industrialisation in Malaysia, Mahathir said the policy was not just about acquiring knowledge, but learning the value system, lifestyle and ethics of eastern people.

Dr Mahathir said he had great admiration for Japanese culture and in Malaysia, he always talked about the sense of shame that the Japanese have.

“(Those days) when they failed to deliver what they had undertaken, they committed harakiri (ritual suicide). Nowadays, they don’t, but they take responsibility for their errors, they feel ashamed of it.

“In Malaysia, sometimes we don't feel ashamed even when we fail. Lately, people going to jail don’t feel ashamed at all, they even smile. We need to change that culture. If you have a sense of shame, it should drive you to achieve the objective of every task,” he said.