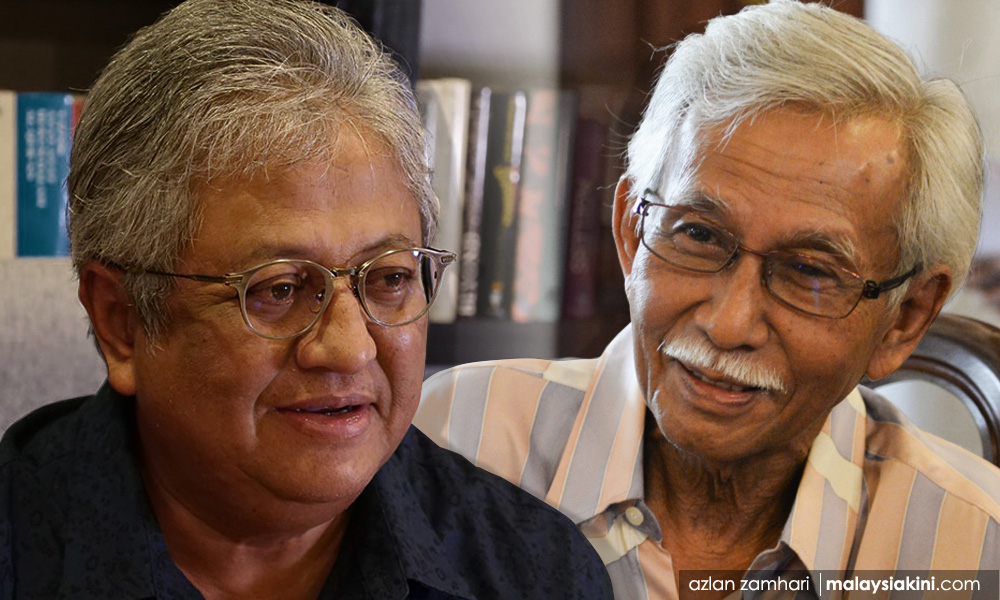 Former de facto law minister Zaid Ibrahim has retracted his remarks claiming that former finance minister Daim Zainuddin and his "billionaire friends" are in control of the country.

Zaid said today that he will also cease to make public statements henceforth and stop participating in politics.

"I regret my unfair and unjustified remarks and apologise to both (prime minister) Dr Mahathir Mohamad and Daim for the anguish my writing has caused them both.

"In all my years of writing, I have taken great pains to ensure the accuracy of the information I received, but this one is obviously faulty and has crossed the line of responsible writing. I much regret it.

"To my readers: I have decided it’s best for my self-esteem and my family’s welfare that I cease writing altogether... It’s difficult to write with honesty and some courage without upsetting or hurting some feelings somewhere.

"Not only I will stop writing altogether (sic), I will no longer be a member of any political party. I have wasted enough years in politics, thinking I could make some difference to the country, but it’s not to be," Zaid said in a statement published by Free Malaysia Today.

Zaid's move to retract his statement and retreat from the public sphere comes after a series of incidents that began on Wednesday, when he first mentioned in a blog post that Harapan’s manifesto promises of a welfare state were now being overruled by “billionaires and towkays”.

In response, Mahathir had asked Zaid to furnish proof of his claim, quipping that the former minister should show evidence about “how many billions I have”.

Zaid had subsequently clarified that he was referring to Daim and his friends, not Mahathir.

He claimed he was severely criticised for his remarks.

"First, (Finance Minister) Lim Guan Eng called and said my statement was uncalled-for as it was not true and not based on facts. He suggested that I make a retraction.

"Then my closest friends asked why I was picking unnecessary fights with so many people.

"Even my family members seemed unhappy. They told me we would no longer have food on the table if I continued giving opinions about powerful people in the country," Zaid said.

He added that he would now focus on finding ways to “pay the debts I have accumulated in the many years in the wilderness”.

The former minister has had a colourful political history since being sacked from Umno in 2008.

However, he was not fielded as a candidate in the 14th general election.