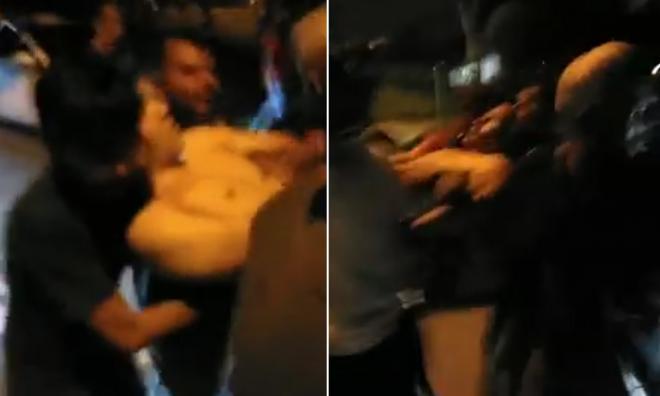 A video clip purportedly depicting a group helping an injured firefighter, believed to be Muhammad Adib Muhammad Kassim, is currently making its rounds.

The video is believed to have been recorded during the Tuesday morning riot near the Sri Maha Mariamman Temple in Subang Jaya.

The two-minute and 16 seconds clip depicts the group trying to calm the injured firefighter and arranging for him to be transported to a hospital.

"You see, this is a Bomba (fire and rescue personnel)," the person recording the video could be heard saying in the background.

Amidst the commotion, a group of men are heard giving instructions on how to carry the firefighter while appealing for the crowd to make way.

Along the way, the men can be heard saying: "Abang (brother) relax, relax, you're okay, you're okay."

At one point, the narrator could be heard saying: "The Malay Bomba, we are helping him, that's all (we are doing)... You all say we are bad. But we are helping. The police who are here, what are they doing?"

The video clip ends with the men placing the injured firefighter onto the back of a pickup truck and appealing to the driver to take him to the nearest hospital.

The injured firefighter being depicted is most likely Muhammad Adib, 24, who is currently under intensive care.

According to the authorities, Muhammad Adib's chest was crushed. There are conflicting claims as to how Muhammad Adib sustained injuries.

Malaysiakini is currently seeking clarification from the Selangor police on this.

The riots stemmed from an attack by a group of 50 masked individuals in the early hours of Monday morning, who attempted to seize the temple.

Initial investigations had suggested that lawyers for the developer trying to gain control of the land had hired a group to do so, which triggered the first riot.

Police have arrested 21 individuals in connection with the Monday morning attack, including two lawyers.

Muhammad Adib sustained injuries during the second night of rioting.

He is currently being treated at the National Heart Institute (IJN) and his condition is said to be improving.

B NANTHA KUMAR contributed to this report.

How was Adib injured? Priest says its an accident, authorities say otherwise