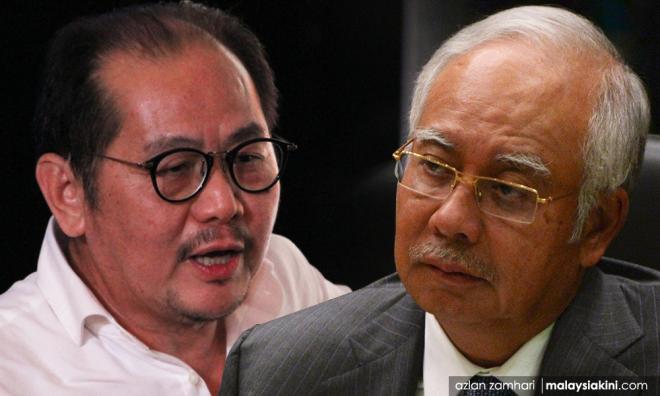 Najib: Edge's 'proof' was based on 'stolen emails from a disgruntled staff'

While not dismissing Tong's claim that the latter had come to him in 2015 with papers alleging fugitive businessperson Jho Low was scamming money from the sovereign wealth fund, Najib claimed that he doubted the "proof".

"All the documents shown by Tong as 'proof' at the time was based on emails from (Saudi Arabia-based oil and gas company) PetroSaudi that had been stolen by a disgruntled employee, who later blackmailed his friend and employers for years.

"They had also been claims the documents had been amended. The employee was later convicted for blackmail in Thailand," he posted on Facebook today.

Najib was referring to documents leaked by former PetroSaudi International executive Xavier Justo relating to the company's joint venture with 1MDB that were published by Malaysian and international media, chief among them The Edge, which formed the basis of money-laundering investigations into the fund.

Justo (photo) was sentenced in 2015 to three years' imprisonment for attempting to blackmail and extort PetroSaudi but was released after 18 months after being granted royal amnesty by Thailand's King Maha Vajiralongkorn.

In his tell-all editorial, Tong had claimed that he met with Najib at the latter's personal residence on March 6, 2015, and shared with the then-prime minister "proof" that 1MDB was a scam, only to be kicked out of the house.

The proof, Tong said, was based on information obtained from Justo.

Tong had stated: "After about half an hour, he (Najib) relented and told me he would shut down 1MDB. He didn’t say what he was going to do about the debts.

"I then proceeded to tell Najib that Jho Low must be held accountable and be prosecuted. This upset him. He immediately stood up, walked to the door and asked me to leave.

"I was taken aback that he was so sensitive about Low."

Tong's claims came after Najib reiterated his initial ignorance over any misappropriations of funds concerning 1MDB and Low's involvement in the wrongdoings at the time.

In his Facebook post today, Najib explained that at the time, the then Malaysian government had also been questioning PetroSaudi to ascertain if the allegations of its involvement in the alleged scam were true.

The company denied this, he said.

He added that neither the audit company, the fourth largest in the world, nor the legal company hired by 1MDB, had raised any alarm over any dubiety concerning the fund's transactions and dealings with these companies.

This involved subsequent payment by PetroSaudi and profits in the form of fund units, supposedly guaranteed by Aabar Corporation and owned by Abu Dhabi government-owned International Petroleum Investment Company (Ipic).

After his meeting with Tong, he said the fund units were converted to US$3.5 billion bond issue guaranteed by Ipic, adding that at the time, there was nothing still to show that the amount paid by 1MDB was fraudulent.

"Yes, today Tong may be right, but in March 2015, it was his words and (it was) based on the claims by a disgruntled staff, compared with what was explained by the governor of Riyadh and Arab Saudi prince (Turki Abdullah), international auditors and Aabar's highest management.