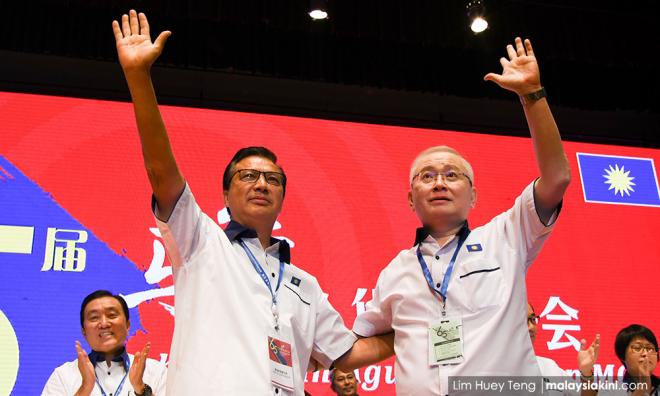 Shame on MCA for not acknowledging and rejecting 1MDB scandal

MP SPEAKS | It must be the most humiliating experience of the MCA in its 69-year history – worse than the 2013 general election when it became a 7/11 political party, or the 2018 general election, when it degenerated into a mosquito party winning only one parliamentary seat – which as Umno president Ahmad Zahid Hamidi caustically reminded yesterday, was a victory based on support of Malay voters.

In the last two days, whatever is left of MCA’s pride and dignity were dragged over the coals by Umno leaders, with Zahid reminding MCA to know its place; Umno deputy president Mohamad Hasan urging MCA to leave Barisan Nasional immediately, remarking that he would be “very thankful” if MCA quits BN as “we cannot afford to have a burdensome friend when we are already having a tough time, politically”.

Even the Umno-owned Malay daily Utusan Malaysia joined in the fray, lashing out at MCA for overstepping its authority, branding the party a “weakling” and insignificant member of the former ruling coalition.

But the most mortifying mistake of last Sunday’s MCA general assembly was not the resolution that BN should dissolve, but its craven and cowardly failure to repudiate former prime minister Najib Abdul Razak for the monstrous 1MDB corruption and money-laundering scandal which turned Malaysia into a global kleptocracy.

I had tried to salvage what was left of the dignity of MCA with a public reminder that the its new president, Wee Ka Siong, should lead the entire MCA leadership to apologise to all Malaysians at the their general assembly for the party’s past crimes of aiding and abetting Najib in the 1MDB scandal and making Malaysia a global kleptocracy in the eyes of the world.

I had publicly suggested that the MCA delegates should demand that the former and present party presidents, Liow Tiong Lai and Wee, explain why that as ministers in Najib’s cabinet, they had allowed the 1MDB scandal to escalate, even after the United States Department of Justice (DOJ) filed its largest kleptocratic litigation to forfeit US$1.7 billion of 1MDB-linked assets out of some US$5.4 billion money-laundered through the US financial system and what they knew about the special relationship between the two 1MDB masterminds – Najib and fugitive financier Low Taek Jho.

Unfortunately, no MCA delegate was public-spirited enough to redeem the party’s dignity or to speak up for the nation by condemning Najib for the 1MDB scandal as well as the MCA leadership for their role in aiding and abetting the scandal.

MCA can recover from the attacks of Umno leaders, however legitimate and justified, but it can never recover from its craven and cowardly failure to repudiate Najib for the monstrous 1MDB scandal which brought to Malaysia to the international infamy, ignominy and iniquity of a global kleptocracy.