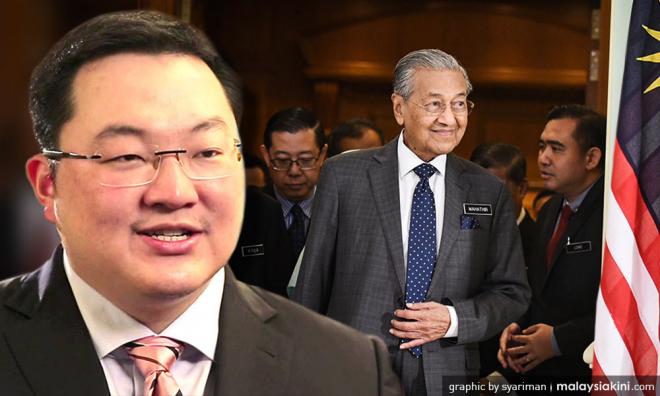 Jho Low: Charges against me a cover-up of 'Mahathir regime's failures'

Fugitive businessperson Low Taek Jho has once again claimed innocence in the 1MDB scandal, after prosecutors in Malaysia filed charges against him in absentia.

He claimed through a spokesperson that the charges were made to create a false sense of security amid the Mahathir administration’s “failures”.

“These charges are intended to create another false sense of security for the political loss that the Mahathir regime has brought upon itself due to its failures on current issues; disregard for the rule of law; and intentional misinterpretation of the constitution.

“They are no more than a continuation of the trial by media and political reprisals by the Mahathir regime,” he said in a statement today.

The spokesperson said Low maintains that he is innocent, and would not submit to any jurisdiction where he claimed there is no independent legal process and guilt has been determined by politics.

“It is clear that Mr Low cannot get a fair trial in Malaysia, where the regime has proven numerous times that they have no interest in the rule of law,” he said.

Charges were also levelled against the five in absentia at the Sessions Court, but were not read before a judge.

He also faces a separate joint charge in absentia with Tan for money laundering amounting to US$125.97 million.

Low was also charged in absentia in the US together with Goldman Sachs bankers Roger Ng and Tim Leissner over the 1MDB scandal.

Shame on MCA for not acknowledging and rejecting 1MDB scandal
4 Dec 2018
1MDB scandal will be written in M'sian history, says Maszlee
3 Dec 2018
DOJ: US businessperson prepped 1MDB talking points for Najib
3 Dec 2018
Ambrin: I will explain everything on 1MDB audit report tomorrow
3 Dec 2018