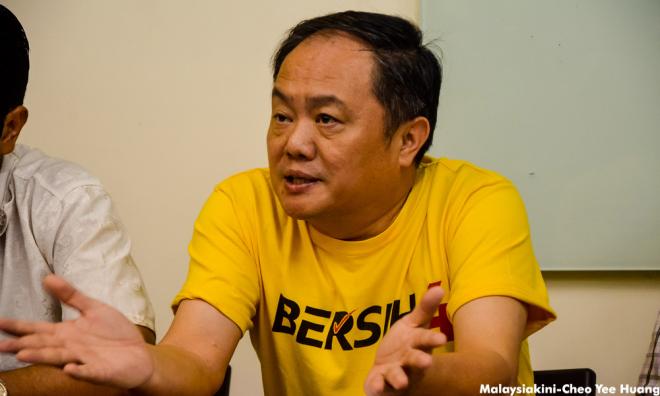 Putrajaya should have encouraged discourse on the topic and explored electoral systems to "accommodate the unique concerns of different communities" before making its announcement, he said.

"Local council elections are the right of every ratepayer to have a say in who and how their local councils are managed.

"The current manner in which local councillors are appointed by ruling political parties is unacceptable, as many are unqualified and are not accountable to the community they are supposed to serve.

"Furthermore, such political appointments reinforce and perpetuate a culture of patronage that breeds corruption and abuses of power throughout the country," he added.

Fann pointed out that despite not being explicitly stated in Pakatan Harapan's election manifesto, the reinstatement of local council elections was listed in its predecessor Pakatan Rakyat's manifestos for the 2013 and 2008 elections.

"As such, it should be given due consideration and not brushed aside in a speech," he said.

This morning, however, Mahathir announced – while officiating the Empowering Local Councils Convention – that Putrajaya will not consider reinstating local council elections.

"Local council elections may produce the wrong result. The urban (areas) may be different, the rural (areas) will be different.

“There will be conflict, emphasised probably by racial differences and the like. We don’t want that to happen," he had said.

In a separate statement, the Bersih steering committee disputed the premier’s concerns of racial strife should the third vote be reinstated.

"We have not experienced any racial conflict following the changes of state governments since 2008, the change of federal government in 2018, as well as during Bersih and the anti-Icerd (International Convention on the Elimination of All Forms of Racial Discrimination) rallies.

"The Harapan government should give due recognition to the Malaysian public (who) are rational and non-violence oriented," it said.

It is also untrue that local government elections will be dominated by non-Malays in urban areas, added Bersih.

The electoral watchdog pointed out that according to 2010 census data, the Malay population in Kuala Lumpur outnumbered the Chinese population by 6.3 percent.

"Furthermore, such concerns of communal strife, even if it is a real concern, can be adequately addressed by exploring different designs of electoral systems, other than the existing first-past-the-post system, such as proportional representation systems," the statement read.

“I think it’s more about looking at what system can be devised to be more suitable to Malaysia, and draw experience from countries in the Commonwealth, and see what best practices can be deployed.

“You have electoral systems like proportional representation, which ensure that all communities are represented and not one community dominates.

"Frankly, I think that empowering different local communities and giving them the local vote makes the nation stronger,” he told Malaysiakini when asked on the sidelines of the Empowering Local Councils Convention.

“Nor are the previous criticisms against the BN government as being the sole obstacle to local government elections fair or warranted.

“His (Mahathir’s) fears can be dealt with through the electoral system. I hope he will allow us to convince him,” Fernandez (photo) said.

“He has said anti-corruption efforts are a top priority. Local council elections will help in improving transparency and accountability, which is key to fighting corruption,” she told Malaysiakini.

In May, Housing and Local Government Minister Zuraida Kamaruddin assured that local council elections would be held within three years, or once the nation's economy had stabilised.

Although not listed explicitly in Harapan's manifesto, promise 25 states that local democracy would be strengthened.

Several Harapan lawmakers, as well as civil society groups have been pushing to revive local council elections, the last of which was held in 1965.