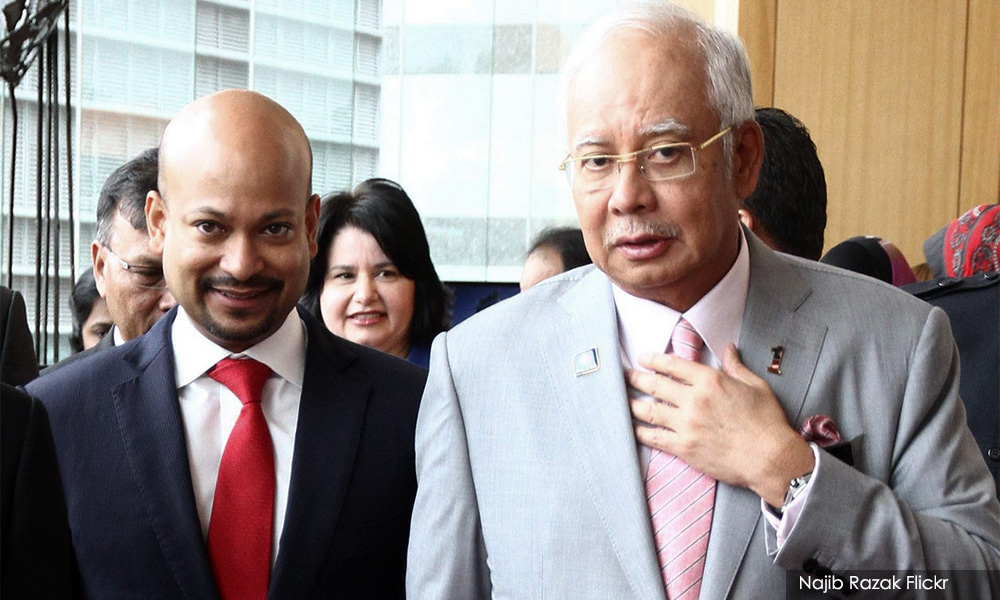 The MACC has confirmed that former prime minister Najib Abdul Razak and former 1MDB president Arul Kanda Kandasamy will be charged tomorrow over the alleged tampering of the auditor-general's 1MDB audit report.

The MACC said the duo would be charged in separate Sessions Courts in Kuala Lumpur.

The graft-busters had arrested and released Najib on bail yesterday, while Arul Kanda was detained earlier today.

The move comes just over two weeks after auditor-general Madinah Mohamad claimed that Najib and Arul Kanda were involved in the tampering of the 1MDB audit report between February and March 2016.

Najib is alleged to have been ordered deletions of paragraphs that contained two versions of 1MDB's 2014 financial statements.

Arul Kanda is alleged to have met with the National Audit Department's 1MDB team on Feb 24, Feb 25 and March 1, 2016, when revisions to the audit report were made.

A MACC source previously told Malaysiakini that the duo might be charged under Section 23 of the MACC Act 2009, as there was an element of gratification, albeit non-monetary.

Although the charge is under Section 23, the punishment under Section 24 of the same act accords a sentence of 20 years' jail and a fine of RM10,000 or five times the amount of gratification.

This will be the fourth case Najib has been charged with in relation to 1MDB, and the first for Arul Kanda.