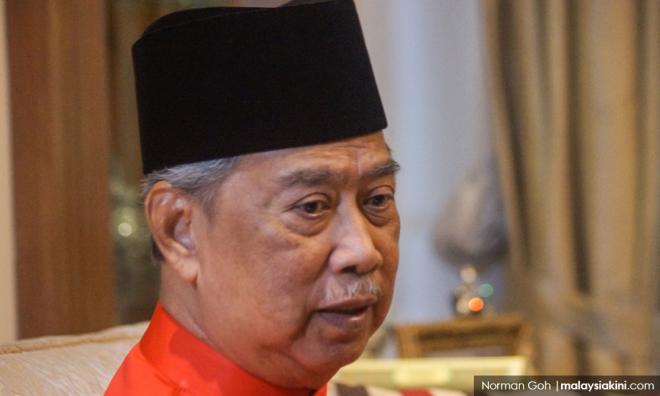 Bersatu president Muhyiddin Yassin said today that due consideration should be given to the new political context in the country, in response to former Malacca chief minister Abdul Rahim Thamby Chik's bid to join the party despite his history with other leaders in Pakatan Harapan.

"That was last time, then it was on the other side (in BN), now it's on this side (Harapan).

"It's like me, I and (Prime Minister) Dr Mahathir Mohamad were also on the other side last time.

"So this is the latest political consideration – looking at the new situation with a new political perspective," he told a press conference after the Malacca Bersatu convention.

However, Muhyiddin stressed that Rahim must undergo a vetting process like any other leader applying to join the party.

"The modus operandi is for them to announce their exit from Umno.

"Then there is a cooling period before they make their decision on which party they want to join.

"This gives us time to conduct a vetting process... they must not be involved in corruption or abuse of power," he said.

Muhyiddin also addressed calls for Harapan to convene a presidential council meeting to discuss the defections.

He pointed out that this had already been discussed repeatedly in the past.

"However, it has come up again due to the recent Umno exodus," he said.

Muhyiddin stressed that the conditions laid out by Bersatu were in accordance to the Harapan's presidential council's criteria on accepting defectors.

He added that taking them him would facilitate Harapan's agenda in the Dewan Rakyat, where a two-thirds majority is needed for certain legislative changes.

Finance Minister Lim Guan Eng, the Kota Melaka MP at the time, was jailed for 18 months under the Sedition Act 1948 and Printing Presses and Publications Act 1984 for questioning the alleged inaction.

Rahim was also part of the 'Datuk Trio' group who screened a sex video to journalists in 2011.