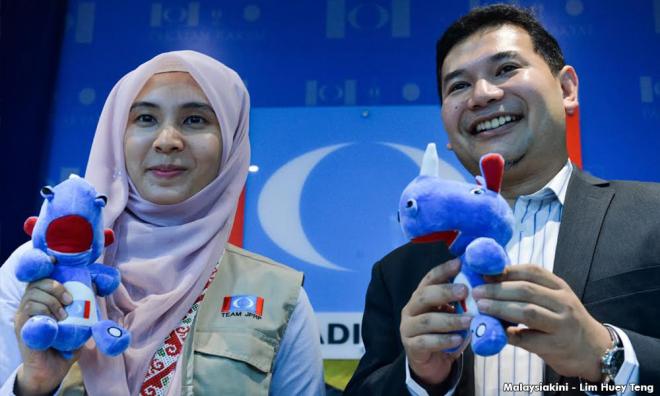 Backing Rafizi for No 2 was the best choice - Nurul

It has been an open secret that Rafizi Ramli and Nurul Izzah are part of the same faction, which is opposed to PKR deputy president Azmin Ali.

However, neither of them have confirmed this, until now.

Nurul made her alliance crystal clear this evening in a tweet thanking Rafizi for his support with regard to her resignation.

Describing Rafizi as a fellow comrade in the struggle, she said: “Although you did not win in the party election, you have convinced me that supporting you as the candidate for deputy (president) was the best choice.”

“May Allah protect the idealism of our struggle. Keep marching forward,” she added.

Rafizi failed to unseat Azmin in the heated contest for the number two post but the feud between both factions continue.

Earlier, Malaysiakini reported that Azmin's faction is seeking to block Rafizi's appointment as a vice-president.

A source from the faction had accused PKR president Anwar Ibrahim of siding with Rafizi and attempting to engineer the latter's appointment.

This afternoon, Nurul, who is Anwar's daughter, announced her resignation as PKR vice-president and the party's Penang chief.

The Permatang Pauh MP also said she would not serve the government in any capacity.

Her announcement came in the wake of PKR leader Latheefa Koya, who is seen as aligned to Azmin, criticising Nurul's appointment as the Penang PKR chief as an act of "nepotism".

"The appointment of Nurul Izzah as Penang state chief by the party president, who is her father, is highly inappropriate and open to the charge of nepotism.

"Needless to say that the practice of appointing close relatives to important positions should have no place in a reformist party," she had said.

Meanwhile, Rafizi expressed respect for Nurul's decision to quit, saying it showed that the idealism of the struggle is more important than positions, titles or power.