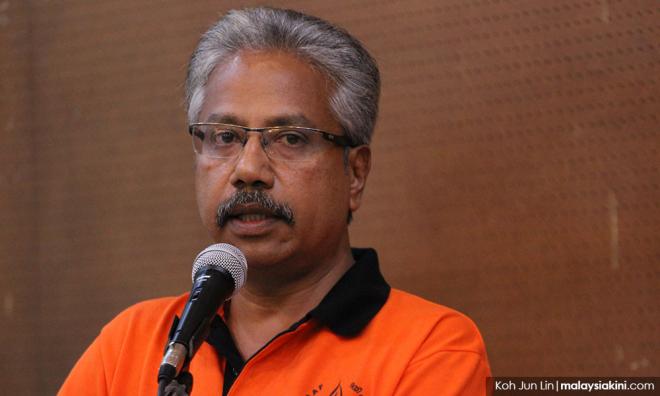 Call for Waytha's head to roll grows louder, PAS wants him out as well

After Umno Youth demanded his resignation, PAS is now also calling for Minister in the Prime Minister's Department P Waythamoorthy's head to roll over the riot outside the Seafield Sri Maha Mariamman temple in Subang Jaya last month.

In a statement this afternoon, he said government leaders who had worsened the situation must accept responsibility for the riot and Adib's death.

“PAS is of the view that the minister not only failed to control the situation but caused it to worsen,” he added.

Takiyuddin also accused the minister of being unprofessional by “lying” that the police failed to control the situation at the material time.

“What more when the information provided by him regarding the police's action contradicted the facts provided by the home minister when explaining the tragedy in the Dewan Rakyat on Nov 29.

“Therefore, PAS once again urges him to resign and the government can replace him with a more credible Indian leader to fulfil the aim of fostering unity among the races,” he added.

He claimed the statements by the five had led to thousands of Indians gathering at the temple, which later saw a riot erupt.

Adib had succumbed to his injuries at the National Heart Institute (IJN) in Kuala Lumpur last night.

The 24-year old firefighter was part of the Fire and Rescue Department team deployed in response to vehicles torched by rioters outside the temple on Nov 27.

Act against 4 ministers, exco over riots: Umno Youth to AG

Khaled: Politicians should learn from Adib