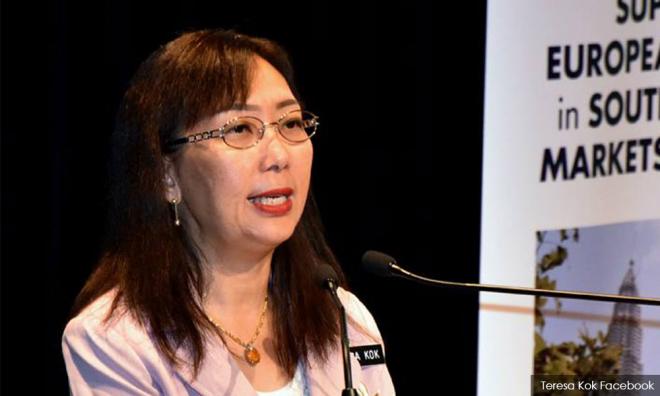 This is over his remarks yesterday, linking her to the Seafield Sri Maha Mariamman riots last month.

The letter stated that Azwanddin's remarks were "false, malicious" and "unjustified".

At a rally in Klang yesterday, the Malay-rights activist claimed Kok had links to the developer which owns the land the temple occupies.

The developer, One City Development Sdn Bhd, was accused of hiring thugs to secure the land which triggered two nights of rioting. The company has denied claims it hired thugs.

Azwanddin also claimed that Kok did not deny her links to the developer.

This is despite Kok's denial last month on the matter.

"Please stop dragging me into the fiasco of the Hindu temple in USJ. I am not related to the developer and I have nothing to do with the project," she had said.